Foul-Mouthed Good Boys at Top of the Class

With summer quickly drawing to a close, Hollywood unleashed a slew of wide releases last weekend (Aug. 16-18), although only Universal Pictures’ Good Boys made much of a splash. The R-rated comedy about a group of foul-mouthed middle schoolers, stole the top spot from two-weekend champ Fast & Furious Presents: Hobbs & Shaw with $21.40 million from 3,204 locations, making it one of the few comedies this year to outperform expectations. 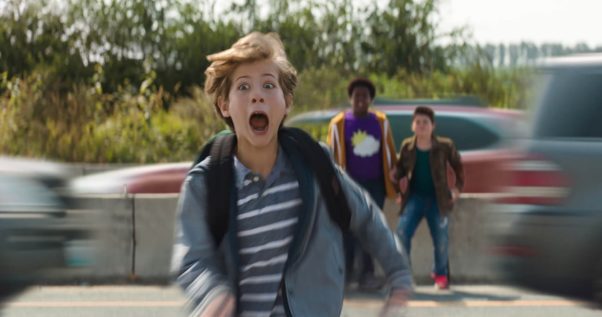 Although some had predicted a three peat for Hobbs & Shaw, Good Boys rode a wave of positive buzz to land at the top, thanks in part to a savvy marketing campaign that emphasized the involvement of producer Seth Rogen, who also starred in and executive-produced the similar 2007 comedy hit Superbad. The raunchy comedy’s debut is almost exactly on par with last year’s R-rated Blockers, which was also produced by Rogen and opened to a healthy $20.5 million before going on to gross more than $60 million domestically.

Universal’s Fast & Furious Presents: Hobbs & Shaw got bumped to second place with $14.18 million in its third weekend, a drop of 32.2 percent from last the previous weekend. With $133.78 million domestically through Sunday, the spinoff has now surpassed the $127.1 million lifetime gross of 2003’s 2 Fast 2 Furious not adjusting for inflation, putting it in seventh place in the long-running franchise. Of course, Hobbs & Shaw has a much steeper reported budget of $200 million.

Notably, Universal has now crossed the $1 billion mark at the domestic box office for 2019, making it the second studio after Walt Disney Studios to reach that milestone this year.

Third place went to The Lion King, which fell 39.0 percent from the previous weekend to $12.33 million, giving the Disney release a domestic total of $495.54 million through the end of its fifth weekend. That puts the CG remake less than $10 million away from surpassing the lifetime gross of 2017’s Beauty & the Beast with $504 million, which will soon lose its status as the highest-grossing of Disney’s recent reimaginings in North America. The Lion King now stands at 14th on the list of all-time highest-grossing films domestically, just behind Beauty & the Beast and just ahead of 2016’s Finding Dory with $486.2 millio), whose lifetime gross it surpassed last weekend. 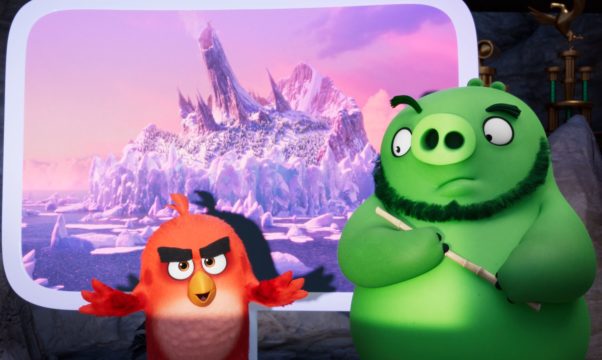 The Angry Birds Movie 2 fell far short of its predecessor in its North American debut, opening in fourth place with just $10.35 million over the three-day period and $16.09 million since launching on Tuesday. That is a sharp drop from the first film’s $38.1 million opening in 2016, making the Sony Pictures title the latest animated sequel this year to significantly underperform following such box office disappointments as The Lego Movie 2 and The Secret Life of Pets 2.

It is a particularly disappointing showing given the film’s super-wide launch in 3,869 locations, which puts it in similar territory to STX’s Uglydolls that opened with just $8.6 million from 3,652 locations in May. Angry Birds 2 floundered despite garnering much stronger reviews than the first film. Even audiences liked it significantly better, although it is likely the first film left a bad enough taste in moviegoers’ mouths that most opted not to go back for a second round.

Lionsgate Films’ Scary Stories to Tell in the Dark finished in fifth, down 52.1 percent to $10.01 million in its second weekend, putting the Guillermo Del Toro-produced horror adaptation at $40.17 million in North America after 10 days. The tween-targeted horror film has benefitted from its less-restrictive PG-13 rating and the fact that many in its target audience are still on summer break, although that will change for a good portion of the country this week.

Dora and the Lost City of Gold finished in sixth place with $8.57 million, giving the family adventure film $33.98 million domestically after 10 days. That is a drop of 50.8 for the well-reviewed Paramount Pictures title.

Finishing considerably lower than Entertainment Studios’ $13-$15 million prediction going into the weekend, horror-thriller sequel 47 Meters Down: Uncaged took in $8.43 million in seventh place from 2,853 locations. That is lower than the first film’s $11.2 million debut in 2017 despite opening on nearly 400 more screens, and also below the $12 million brought in by the man-eating alligator flick Crawl earlier this summer. It is possible some of its audience was stolen away by Scary Stories, which also has a PG-13 rating and appeals to a similar demographic.

In eighth place, holdover Once Upon a Time in Hollywood showed some serious staying power with $7.68 million, a slip of just 34.1 percent from the previous weekend. With $114.3 million domestically through the end of its fourth weekend, the Sony title will soon surpass the $120.5 million lifetime gross of 2009’s Inglourious Basterds, which would make it the second highest-grossing Quentin Tarantino film of all time after 2012’s Django Unchained with $162.8 million.

Family weeper The Art of Racing in the Rain finished in ninth place with $4.57 million, a fall of 43.9 percent from the previous weekend. The Disney-released 20th Century Fox title now has earned $17.05 million in North America after 10 days.

Opening in 10th place was Blinded by the Light, which is about a British-Pakistani teenager who forms an obsession with the music of Bruce Springsteen. The jukebox musical, which Warner Bros. Pictures acquired at this year’s Sundance for a cool $15 million, debuted with $4.33 million at 2,307 locations, a disappointing result for a film that nonetheless garnered the best critical reviews of any of the weekend’s new releases. Despite its obvious similarities to this summer’s sleeper hit Yesterday, it couldn’t come close to matching that film’s $17 million opening. Notably, audiences who have seen Blinded by the Light give it high marks. The Gurinder Chadha-directed comedy has excellent audience scores.

Debuting just outside the Top 10 in 11th place was the weekend’s final new wide release Where’d You Go, Bernadette, an adult-skewing comedy-drama starring Cate Blanchett and based on the novel by Maria Semple. Opening in 2,404 locations, the United Artists Releasing title took in just $3.46 million, weighed down by poor reviews that likely turned off many in its core audience of older women.

This coming week sees the release of Fox Searchlight’s Ready or Not on Wednesday, followed by Lionsgate’s release of Angel Has Fallen and Sony’s Overcomer on Friday.