Hawkers Opening in Bethesda Row in 2020 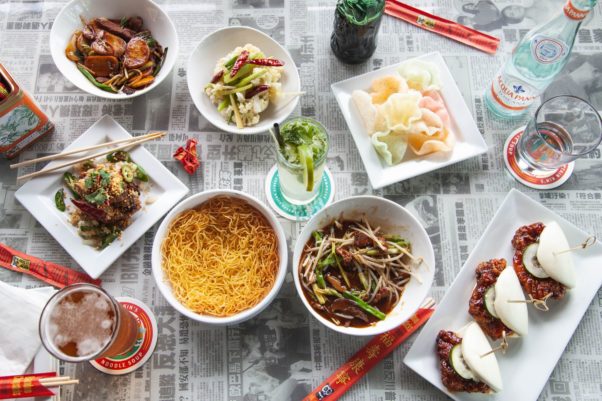 Named after the famous “hawkers” of Southeast Asia, the restaurant is a from-scratch-only kitchen that serves small plates as they are ready, matched with a curated craft cocktail, local beer, wine and sake list.

Hawkers, which was founded by four longtime friends Kaleb Harrell, Allen Lo, Wayne Yung and Kin Ho, opened its first restaurant in Orlando in 2011. Since then it has opened locations in Jacksonville, Neptune Beach, St. Petersburg and Windermere, Fla., and Charlotte, N.C. Four more locations are scheduled to open throughout the Southeast in 2019, including Atlanta, Nashville and Delray Beach, Fla.

“Hawkers tells the story of the Asian street vendor experience in a fun and edgy dining atmosphere perfect for Bethesda,” said Harrell, CEO and co-founder. “Our dishes have been passed down through generations — from parents, grandparents, aunts and uncles. We’ve taken these recipes, perfected them, and curated an authentic beverage menu, so our guests can enjoy everything in a high-energy atmosphere that replicates the excitement of being directly in the middle of an Asian street market.”

The 4,108 square-foot restaurant is the eighth Hawkers in the country, and the first in the DMV. It will be located at 7115 #B Arlington Road, Bethesda, in Federal Realty Investment Trust’s Bethesda Row development next to Dolcezza, providing the pedestrian-only main artery of Bethesda Lane with a patio dining.

Also joining Hawkers at Bethesda Row this year, Poke Dojo opening this spring at 7110 Bethesda Lane, Neuhaus Chocolatier, which will open this summer at 7123 Bethesda Lane, and Jeni’s Ice Creams on Elm Street this fall.

The team spent a few weeks living in the Bethesda area to get a feel for it and linke the demographics, walkability and the retail neighbors, including Jaleo and “brands we share the same audience with, like Anthropologie,” Harrell said.

“We look at NFL cities, so cities that have the density to support a professional sports team,” he said. The D.C.-metro market has always been something that we’ve been really excited about. It’s a big boy market.”

Velocity Wings will open its seventh location at University Mall in Fairfax this summer. 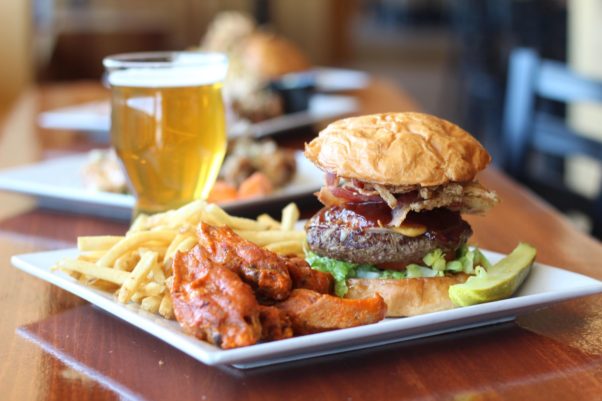 The Fairfax location will include more than 3,000 square feet in a free-standing building. It will have two large outdoor patios, including a covered, enclosed year-round patio and several garage doors to allow open-air ambience. Velocity Wings currently has restaurants in Purcellville, South Riding, Bristow, Manassas, Lovettsville and Sterling.

“I am excited that we are able to once again partner with Patriot Nation at George Mason University. At Velocity Wings, our commitment is to become part of the fabric of the community,” said Jim Speros, Velocity Wings chairman and CEO “Since establishing the Velocity brand in 2007, we have given thousands of dollars to local charities, schools, Little League teams, churches and civic organizations. At Velocity Wings, our team includes a fabulous group of people who are incredibly invested and excited to embrace the community both inside and outside of the restaurant walls.”

The company also plans to open restaurants in Brambleton and Haymarket in 2019 and eventually in Maryland.

Prince Harry and Duchess Meghan of Sussex had a baby boy Monday morning at 5:26 a.m. London time weighing 7 pounds, 3 ounces. The baby’s name has not been announced yet. 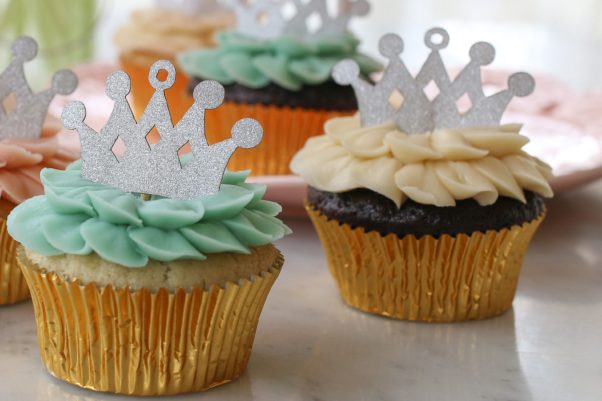 To celebrate, Magnolia Bakery, 50 Massachusetts Ave. NE inside Union Station, will be offering specially decorated Royal Baby cupcakes Monday afternoon and all day Tuesday. The Royal Baby cupcake is a flower cupcake available in vanilla or chocolate decorated in blue topped with a crown. Cupcakes are $5.75 each. 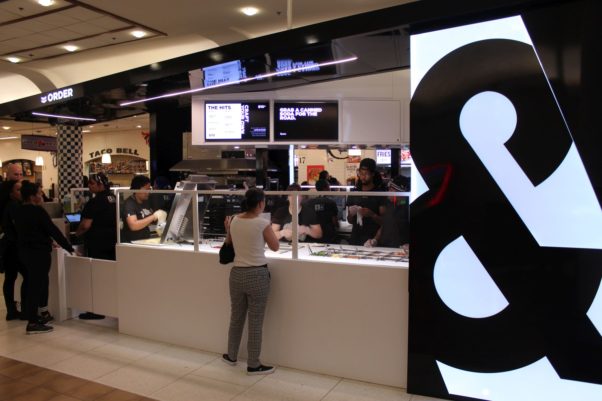 The cube – which can churn out 300 pies an hour with two lines – serve’s &pizza’s customizable and signature oblong-shaped pies and craft beverages. It also offers signature vegetarian, vegan and gluten-free options.

Mirabelle restaurant, 900 16th St. NW, has launched a social media promotion with select menu items for $12 with the purchase of an alcoholic beverage. 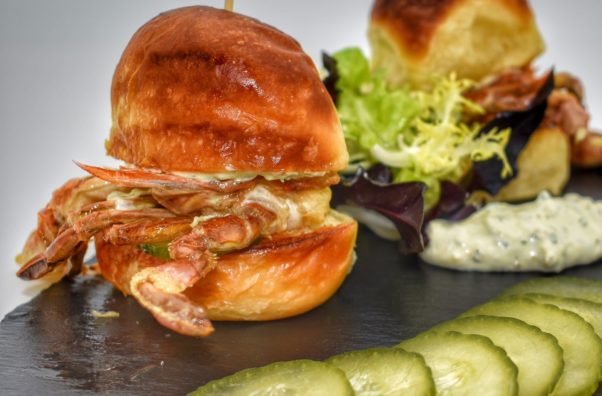 Between 5-6:30 p.m., Mirabelle restaurant is offering a $12 special whith the purchase of an alcoholic beverage. (Photo: Miarabelle)

The promotion is available daily from 5-6:30 p.m. in the bar or on the patio. Diners can participate in the social media challenge using #OurPatioPops or #OurBarPops and #MirabelleDC. The winner will be randomly selected to win a $75 gift certificate. 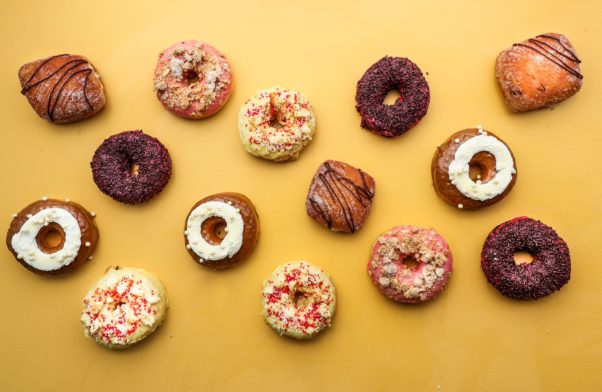 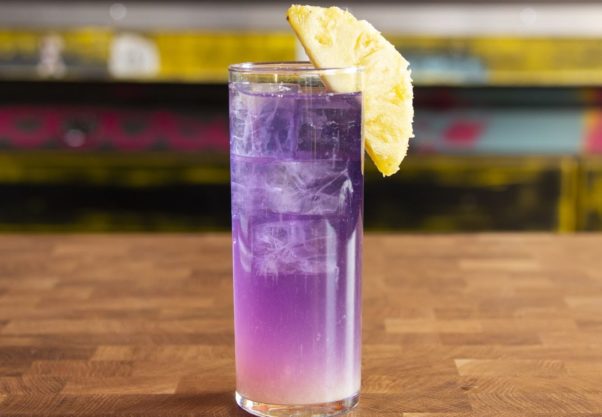 A variety of floral cocktails join the restaurant’s classic Toki Monster, including the Spring Awakening made with Plantation rum, Civic vodka, Golden Falernum and butterfly pea syrup that changes color as pineapple and lime are added; the April Showers Bring Spring Flowers with Haku vodka, lavender water, Calpico and lime; the I Love You Berry Much with Roku gin, raspberry tonic, Framboise and Ginkoubai; the Rye-ght On Time with District Made rye, muddled basil, lemon, simple syrup and basil oil.

Brookland’s Finest, 3126 12th St. NE, will upgrade its monthly distiller dinners to crab boils for the month of May. 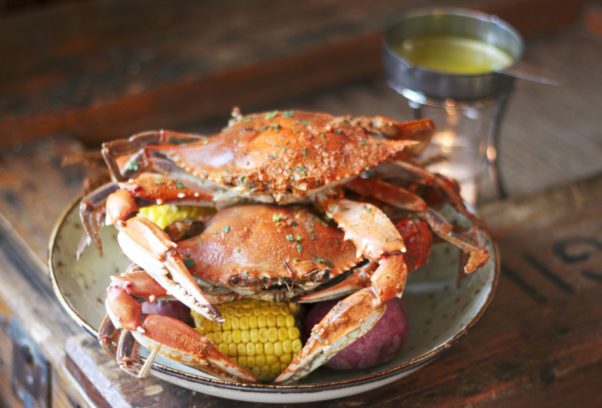 Brookland’s Finest is hosting a crab boil every Tuesday in May. (Photo: Morgan West)

Typically offered as a prix fixe option every Tuesday evening, the dinners will feature $30 crab boils alongside beers from local breweries. Starting this Tuesday, May 7, the “Brookland Crab Boil” will feature local blue crab with sweet corn, red potatoes, and Andouille sausage in a spicy Old Bay broth.