Why You Shouldn’t Use Prescription Stimulants to Lose Weight

Americans spend over $60 billion dollars each year to lose weight. While much of that money goes to cover healthy options like gym memberships, some of it goes to buy prescription stimulants to shed the pounds. This trend to drug-induced weight loss is a dangerous strategy in the battle of the bulge for many reasons. The following is a brief description of some of the reasons these drugs should not be used to slim down: 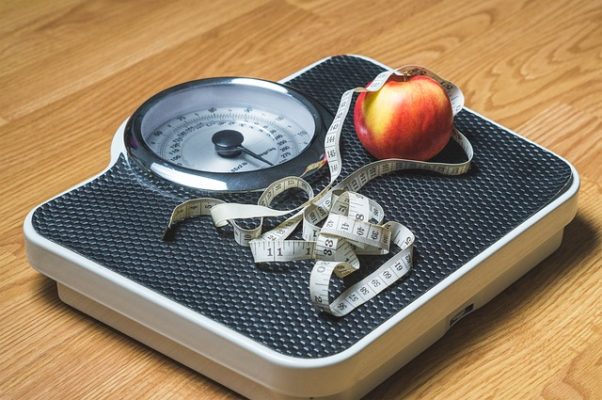 Several mental issues can develop when prescription stimulants are used to lose weight. An example of this is the medicine Adderall. Though only FDA-approved for the treatment of ADHD, college students began using it as a “study aid” drug because the stimulant helped them stay awake and focused. Soon, they also discovered its weight-loss effect. “I noticed that any time I took Adderall, I just wouldn’t be hungry. I could go a full day without putting any food in my body, and I still felt energized,” said a University of New Hampshire student. Yet, steady use of the drug can lead to several mental issues, such as psychosis, paranoia, delusions and obsessive-compulsive disorders reports Dr. Kimberly Dennis, director at the Timerline Knolls Residential Treatment Center.

The FDA approved the drug Qsymia in 2012 as a weight-loss medication. It includes the stimulant phentermine, and has been discovered to cause cleft palate birth defects when pregnant women took the drug. Adderall has also been suspected of negative effects on pregnancy as well. This is because it contains amphetamines, which are known to cause lower birth weights and premature births.

Cardiac risks have long been associated with weight-loss drugs. In the 1990s, the diet drug Phen-Fen became very popular. It was a combination of the stimulant phentermine and appetite suppressant fenfluramine. After several users were discovered to have developed heart valve disease along with the widely published death of a 30-year-old female user, the FDA forced the makers to withdraw the drug from the market.

Even with the continued careful oversight of the FDA, the current generation of stimulants still pose a cardiac health risk. Qysymia has been found to increase the heart rate, and some people may be at risk of developing tachycardia. These cardiac risks are found in many other drugs used for dieting. This is because their general effect on a person’s metabolism. As Dr. Pieter Chohen, associate professor of medicine at Harvard’s Cambridge Health Alliance explains, “In general, many of these are stimulants, so they work by stimulating the heart to pump faster. The risks of this kind of stimulation are increased blood pressure, which could lead to a stroke or bleeding in the brain. The safest stimulant I can think of is caffeine, but even with caffeine, taking a tablespoon of pure caffeine is enough to kill most people.”

Finally, using prescription stimulants to lose weight can lead to addiction. Researchers first learned this in the 1950s, when amphetamines were prescribed for weight loss. The discovery of the addictive nature of the drug stopped its use for weight reduction.

The newer versions of such drugs, such as Adderall, carry the same danger of addiction. The FDA recognizes this by classifying it as a Schedule II controlled substance. “When taken as prescribed by a physician, there is little risk of addiction, but if taken recreationally for the ‘euphoric’ effect, the risk of abuse will be enhanced. This is due to increased dopamine in the nucleus accumbens area,” said Dr. Maria Pino, course director for pharmacology at Touro College of Osteopathic Medicine. Dopamine is the brain’s chemical messenger involved in producing pleasurable emotions.

More than 39 percent of adult Americans are obese. Since people are so anxious to lose weight, they often resort to prescription stimulants. Yet, the dangers of these drugs underscore the better counsel of America’s first fitness guru, Jack LaLanne: “The only way you get that fat off is to eat less and exercise more.”