Dangers of Alcohol for Your Health & Beauty

Six people die of alcohol poisoning every day (Talbott Recovery stats), and that is far from the worst thing that this substance does to our society. It damages your health on many levels, causes severe psychological problems, makes you age before your time and generally ruins lives. The growing body of evidence stating that even moderate drinking can have life-altering and life-threatening consequences proves that raising awareness about the dangers of alcohol is a must. 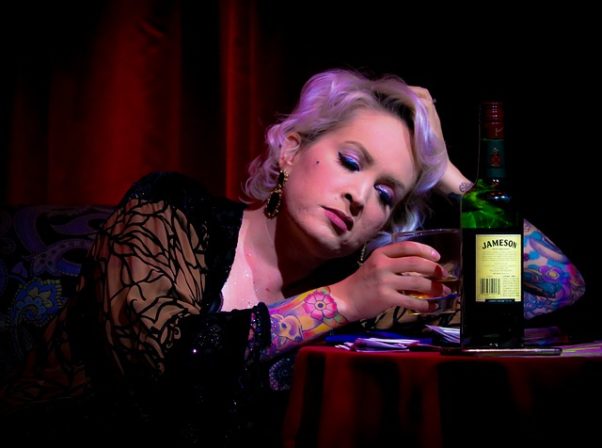 World Health Organization statistics indicate that about 5.1 percent of all diseases and injuries in the world are somehow connected to alcohol. Understanding the negative impact of the substance on the human body should help motivate more people to avoid drink.

Fewer women develop alcohol use disorder than men. However, it is much harder for a woman to cure this problem, so treatment programs are rarely successful. This means that avoiding alcohol altogether is the most effective method of averting the damage.

5 main dangers of alcohol for your body and mind

The U.S. Department of Health and Human Services issued an official warning about the detrimental effects of alcohol on the brain. Drinking causes problems like blackouts, memory loss, impaired cognition, slurred speech, blurred vision and impaired reactions. These and some other negative effects can become permanent and deteriorate greatly because of long-term alcohol consumption.

Women are more susceptible to alcohol-induced brain damage, thus they should be doubly careful. As women are more vulnerable to both short- and long-term effects, drinking often causes lapses in judgment that lead to unprotected intercourse. This greatly increases the risks of unplanned pregnancies and contracting STDs.

You wil see that ‘avoid alcohol’ is always included in the list of quick weight loss tips. That is because drinking wreaks havoc on your digestive system and metabolism. It also adds a lot of calories to your diet, and they turn straight into fat cells.

Having alcohol running through your veins also reduces lipid oxidation. This means that the drink literally stops your weight loss efforts and can undo all your hard work. You also shouldn’t forget that any alcohol is high in calories, for example, a glass of wine will have about 150.

Alcohol dulls your skin and hair

One of the main dangers of alcohol is it affects your digestive tract so much that it loses the ability to absorb nutrients efficiently. This has a profound negative effect on your looks as the first ‘symptoms’ of such damage are weak and breakable hair and nails. Sallow skin with frequent acne breakouts is also at the top of the list.

This issue also weakens your immune system and reduces the body’s natural ability to self-heal. In severe cases of alcohol abuse, intestinal damage can result in life-threatening anemia.

Alcohol causes more cases of cirrhosis and fatty liver disease than hepatitis, a virus which specifically targets the liver and still breaks out in an occasional epidemic. It is also one of the main contributing causes of liver cancer.

Liver damage is another of the dangers of alcohol that women are susceptible to. The reasons for this remain unknown.

Many people like to grab a drink when they are feeling down. But often such situations become regular and in the end, drinking only makes things worse.

As damaging as alcohol is for the body, it is even worse for the mind. Heavy drinking can lead to severe cognitive impairments and ‘blackouts’ during which you can make many serious mistakes. Being forced to live with their consequences will only compound your depression. This often pushes people to drink more, thus completing the distressing cycle which can only result in eventual addiction.

If you or someone you love is battling alcohol addiction, contact an Orlando rehab facility today for guidance and support.