Top 3 Films Hold on for Another Weekend

With no new major releases since Thanksgiving, the Top 3 movies remained unchanged for the third consecutive time last weekend (Dec. 8-10) with Disney-Pixar’s Coco repeating in the lead with $18.45 million. 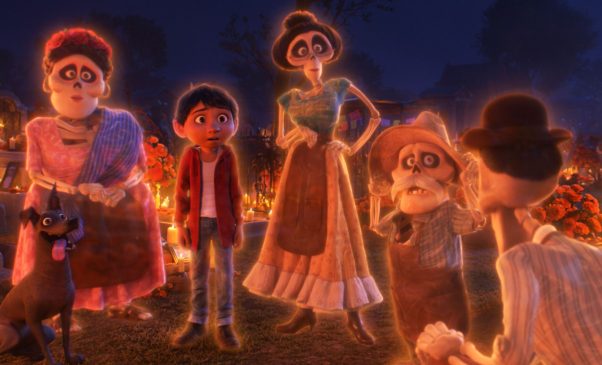 Coco becomes the first film to spend three weekends in the top spot since The Hitman’s Bodyguard in August and early September. The animated feature has now earned $135.66 million domestically, only slightly behind last year’s Moana, which had $144.7 million over the same period. This will be the last weekend at the top for the critically-acclaimed title, as Star Wars: The Last Jedi blasts into theaters next weekend.

In second place, Warner Bros. Pictures’ Justice League brought in another $9.66 million in its fourth weekend, giving it $212.13 million domestically so far. The DC Extended Universe title has been a disappointing performer for Warner Bros. this season. It experienced the steepest percentage drop of any film in the top 10 for the third consecutive weekend, as the movie drops off quickly. In comparison, Wonder Woman had reached $318 million over the same period, while Batman v Superman: Dawn of Justice had earned $311 million. Without the stellar opening weekend of the former or the staying power of the latter, Justice League is destined to fall well of the $300 million mark by the end of its run.

In third place, Lionsgate’s Wonder added another $8.45 million in its fourth weekend. Word of mouth for the movie has been superb, allowing its weekend-to-weekend drops to remain consistently low. Its total domestic gross now stands at $100.30 million – a very impressive number given its reported $20 million budget.

Crashing the Top 4 was A24’s biographical dramedy The Disaster Artist with $6.37 million. The quirky comedy expanded to 840 theaters last weekend following a terrific limited debut the previous weekend. Directed by James Franco – who stars as would-be visionary Tommy Wiseau, director of the so-bad-it’s-good cult film The Room – the film benefitted from a heavy marketing push by A24, which has a successful track record of selling unconventional movies to mainstream audiences. Heavy Oscar buzz, mainly positive reviews and strong social media activity were also factors that helped the film break through.

Fifth place went to Thor: Ragnarok, which added another $6.27 million to its total. The Marvel epic now stands at $301.14 million domestically after six weeks – the first time a standalone Thor film has crossed the $300 million threshold. And it did so just in the nick of time, as Star Wars is primed to cut into its audience in a big way this coming weekend.

Paramount Pictures’ comedy Daddy’s Home 2 banked another $5.92 million in sixth place, giving the Will Ferrell-Mark Wahlberg sequel $91.08 million after five weeks. In seventh, 20th Century Fox’s Murder on the Orient Express took in $5.16 million, giving it $92.77 million domestically so far. Look for both films to cross the $100 million mark by this coming weekend.

In eighth place, Sony Pictures’ animated comedy The Star dropped just 9.1 percent to bring in another $3.71 million, giving it a tidy $32.31 million domestically so far. Despite the presence of Coco, the film – made on a reported $20 million budget – has managed to carve out a niche with faith-based audiences this season.

Ninth place went to A24’s sleeper hit Lady Bird, which grossed $3.45 million after expanding to 1,557 screens. Directed by Greta Gerwig and starring Saoirse Ronan, the acclaimed comedy-drama has performed reasonably well in its wide expansion and has taken in $22.24 million in five weeks. With Oscar buzz at a high pitch, it will be interesting to see how the film performs in the coming weeks.

Squeaking in at 10th was newcomer Broad Green Pictures’ Just Getting Started, which grossed just $3.20 million in 2,161 locations. Starring Morgan Freeman, Tommy Lee Jones and Rene Russo, the action-comedy failed to gain traction in a crowded marketplace thanks to dismal reviews and a dearth of pre-release buzz despite coming from Tin Cup and Bull Durham writer/director Ron Shelton. While it was going for the same audience that made films like this year’s Going in Style and 2013’s Last Vegas into modest hits, the film simply couldn’t break through with so many buzzworthy titles competing for attention.

Falling just outside the Top 10 was Fox Searchlight’s acclaimed drama Three Billboards Outside Ebbing, Missouri, which added nearly 200 more locations and finished the weekend with $2.86 million, good for $18.31 million after five weeks. Further down the chart, Sony’s would-be awards contender Roman J. Israel, Esq. continued to stumble in wide release, banking just $871,624 from 1,669 locations. The movie is a rare flop for star Denzel Washington, who scored a hit this time last year with the Oscar-nominated Fences.

The top 10 films earned $70.64 million last weekend, 27.0 percent below the previous weekend’s $96.72 million. It was also 1.3 percent behind the same weekend last year, when Moana led for the third weekend with $18.53 million. Year-to-date, the box office is down 4.0 percent from last year.