Gaming is an extremely common hobby, and we all know at least one person who is addicted to a certain game. However, in this day and age video games don’t always appear in their original format. Today you have a variety of games on numerous different platforms such as online bingo, Pac Man and even Kim Kardashian’s new game for iOS. There are so many different options that many celebrities are playing video games that you might not even consider a “proper game.” No matter how you choose to classify gaming, most celebrities who game will openly express their love for it. But, here are some of the most surprising: 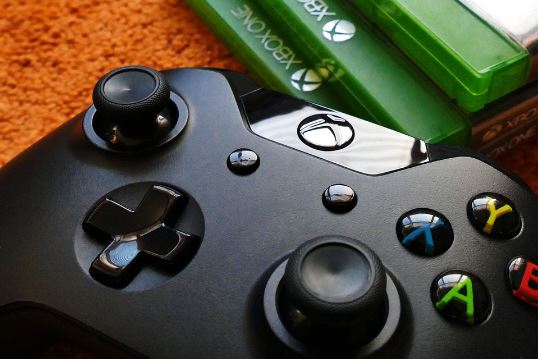 English actor Henry Cavill is most well known for his role as Superman in D.C. Comic’s cinematic release of Man of Steel. However, did you know that his obsession with video games almost cost Cavill the role in the film? When he received the call, the actor was in the midst of playing World of Warcraft. He decided to ignore the call and continue playing the game. Could you imagine Cavill not playing Clark Kent? As well as World of Warcraft, he has expressed his love of The Elder Scrolls 5: Skyrim.

Rapper Snoop Dogg is addicted to gaming. In 2006, Snoop started up an A-list gaming group called Hip-Hop Gaming League; this group was an invitation-only organization made up of musicians, producers and athletes. Since then he has lent his voice to Call of Duty: Ghosts and even starred in his own video game Way of the Dog. There is an awesome video on YouTube of Snoop Dogg playing Halo against LL Cool J. Check it out.

American actress Jessica Alba, AKA Sue Storm, AKA the Invisible Woman from the Fantastic Four, spent her childhood glued to the screen playing classics such as The Legend of Zelda and Super Mario Bros. These days, however, she is more into the casual gaming scene. She has said that she plays all of the Wii Sports games, such as bowling, tennis and baseball as she likes “the physicality of the Wii as it gets people off the couch.” In fact, Alba loves Nintendo DS so much that when filming for Rise of the Silver Surfer had wrapped, she brought one for the entire cast. She has also starred in video games such as Dark Angel and the first Fantastic Four game.

Soccer superstar and former Manchester United player Cristiano Ronaldo has confessed that he is a huge fan of playing bingo. He’s even gone so far as to call himself a “bingo addict,” with his obsession with the game starting when a friend gave him a bingo game on DVD in order to help him improve his English skills. Ronaldo describes bingo as a game that is “very exciting,” since you can be waiting for a fairly long time for just one number to make the game complete.

Ronda Rousey was the first US women in history to win an Olympic medal in judo. She is also a former UFC Women’s Bantamweight Champion, Strikeforce Women’s Bantamweight Champion and she won 12, yes 12, consecutive MMA fights (mixed martial arts). It is safe to say this woman is pretty hard core, so would you think she’s actually a huge gamer? She claims to have owned every generation of Pokémon since it started on the original Gameboy format. She has mastered both Pokémon Stadium games and achieved a perfect score on Pokémon Snap. When she was younger, Rousey spent her time running a Pokémon forum and her own forum, where she confessed her love for The Legend of Zelda: Ocarina of Time.

Vin Diesel is the star of the Fast and Furious franchise and an “alpha-nerd.” Okay, so not that many people call him that, but Diesel makes no secret of his love for gaming and does in fact call himself the “alpha-nerd.” When speaking in an interview with Jimmy Kimmel, Diesel said that when he was a child, he grew up playing Dungeons and Dragons, and that is favorite character was Melkor. He has also expressed his love for World of Warcraft and shared a video of himself playing it with a friend, that he hinted to be Paul Walker. Since then, Diesel has started Tigon Studios to develop video games and has released his first game called Chronicles of Riddick.

Did any of these celebrity gamers surprise you?