Warner Bros. Pictures’ biopic Sully took the box office lead for the second weekend with $21.65 million. The film fought off several newcomers, any of which could have been considered a contender to overtake Sully, but instead all had disappointing debuts and the Tom Hanks-led film dropped a reasonable 38.2 percent to stay on top. The film has earned $70.19 million so far, which is 34.0 percent ahead of the $52.4 million start of Hank’s Captain Phillips and 48.1 percent ahead of the $47.4 million for Flight through the same period. 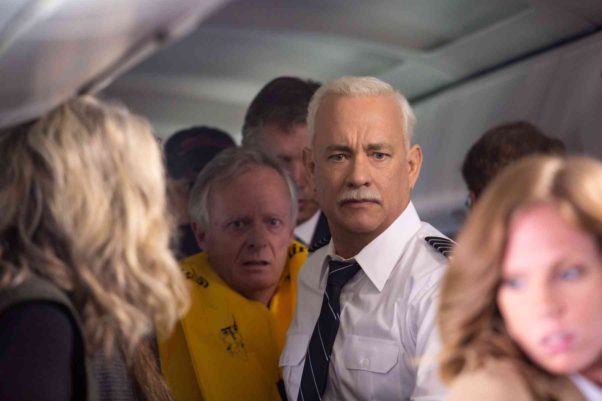 Lionsgate’s horror sequel Blair Witch was the top opener in second place with $9.58 million. The film is a follow-up to 1999’s found-footage “modern classic” The Blair Witch Project. It opened below expectations given the brand name recognition and pre-release tracking, coming in with slightly more than a fifth of the original’s $49.7 million inflation-adjusted opening weekend. It also opened with less than half of the $21.2 million inflation-adjusted opening of 2000’s largely-forgotten sequel Book of Shadows: Blair Witch 2.

The original’s hugely positive word of mouth gave it an incredibly mild 16.6 percent second-weekend decline, virtually unparalleled for the traditionally front-loaded horror genre. Don’t expect anything close to that next weekend for Blair Witch.

Open Road Films’ techno thriller Snowden opened in fourth place with $8.00 million. The real-life story of controversial NSA whistleblower Edward Snowden stars Joseph Gordon-Levitt, Shailene Woodley and Zachary Quinto. Despite headlines on the eve of the film’s release from a U.S. House Intelligence Committee report concluding that Snowden violated national security and shouldn’t be pardoned by President Barack Obama as many are calling for, the film wasn’t able to its overcome mediocre reviews.

Compared to another film about a controversial technology figure, Snowden started 12.7 percent higher than the $7.1 million opening for last year’s Steve Jobs. And although not exactly an apples-to-apples comparison, the film opened with more than double the cumulative gross of 2014’s Snowden-themed documentary Citizenfour, which won Best Documentary at the Oscars.