Nine Things to Do This Weekend in the DMV

The weather may still be shouting summer, but this weekend’s events are hinting at fall’s arrival with the Redskins’ first preseason home game on Friday. The Shakespeare Theatre Co.’s annual Free for All is also back with The Tempest, and three of the National Zoo’s four pandas will celebrate August birthdays on Saturday.

The Shady Grove, Rockville, Twinbrook and White Flint Metro stations will be closed this weekend as part of the subway’s SafeTrack rebuilding program. Buses will replace Red Line trains between Shady Grove and Grosvenor. Local buses will stop at all four stations, adding an extra 15 minutes per station. An express bus, between Shady Grove and Grosvenor will add 25 minutes. Trains will operate every 15 minutes between Grosvenor and Glenmont and every 8 minutes between Grosvenor and Silver Spring between 9 a.m.-9 p.m. Orange and Blue Lines will single track between Eastern Market and Stadium-Armory with trains running every 24 minutes. Silver Line Trains will operate every 10-12 minutes between Wiehle-Reston East and Ballston ONLY. Yellow and Green Line trains will run on regular weekend schedules.

The National Zoo’s Bei Bei turns 1 year old, Bao Bao turns 3 and Tian Tian turns 19 within a week of each other. To celebrate, the zoo is throwing a Giant Panda Birthday Celebration. Visitors can sample Dan Dan noodles from the Chinese Embassy while watching the pandas devour a frozen-fruit cake instead of their customary bamboo shoots.

The next to last Truckeroo of the summer comes to the Half Street Fairgrounds all day Friday. (Photo: Truckeroo)

Aug. 19-28 at more than 50 restaurants in Alexandria. For a list of participating restaurants and their special menus, visit the dining guide. 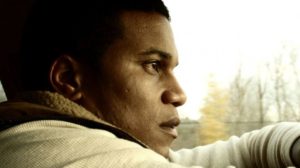 The African Diaspora International Film Festival celebrates its 10th anniversary in the DMV this weekend. The local festival, which features 18 films, kicks off Friday with a double feature of BaddDDD Sonia Sanchez, about a prominent figure in the 1960s’ Black Arts Movement and Destined, an American film about a man whose life fractures into two possibilities – in one he becomes an architect; in the other, a drug lord, at 7 p.m. 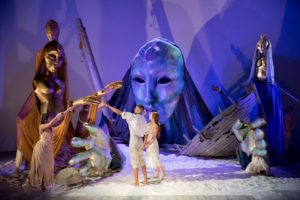 Shakespeare Theatre Co.’s Free for All, featuring director Ethan McSweeny’s The Tempest in which Prospero’s magical island explodes with life, hosting sprites, goddesses and fools that hold court. Patrick Page stars as Prospero, the deposed Duke of Milan and now a powerful magician, who raises a great storm to wreck the ship carrying his betrayers onto the shores of the mysterious island. The annual Free for All turns 25 years old this summer. The theater will make hundreds of tickets available for free for each showing, with most getting dispersed through a lottery on the theater’s website. At least 200 tickets will be handed out for that day’s performance to those standing in line at the theater. 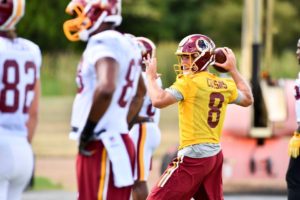 Get your first look at the local NFL team as the Washington Redskins play host to the New York Jets at FedEx Field for the team’s first home preseason game. Quarterback Kirk Cousins and the Redskins starters should play a bit more than they did in the first preseason game in Atlanta — expect about two to three series. 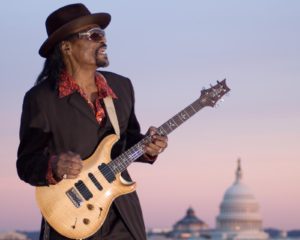 Chuck Borwn would have turned 80 on Monday and the District is throwing him a party on Saturday. (Photo: windemupchuck.com)

Chuck Brown, the Godfather of Go-Go, would have turned 80 on Monday. To celebrate his life, legacy and music, the District hosts the second annual Chuck Brown Day at his namesake park two days early. The Chuck Brown Band will get the party started, and Secret Society and the Afro-funk group Plunky and Oneness also will perform. About 3,000 people attended last year’s inaugural event. 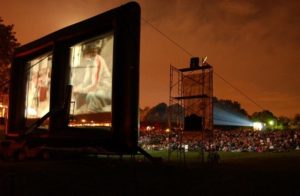 The Comcast Outdoor Film Festival, which benefits National Institutes of Health charities, is going big in its 20th year, starting its three-night run with last summer’s box-office smash Jurassic World followed by Minions and closing with an all-time classic, The Wizard of Oz, all projected onto a nine-story high, 52-foot-wide inflatable screen. Blankets, low chairs and small coolers are encouraged, and food and beverages will be available for purchase. There will also be a moon bounce, obstacle course and music before the movies start. 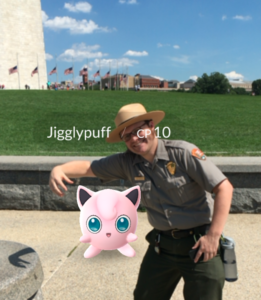 A park ranger poses with a Jigglypuff in front of the Washington Monument. (Photo: National Mall and Memorial Parks)

If you’re still feeling the Pokemon Go craze, join hundreds of like-minded hunters for Gotta Catch the Mall Pokewalk on the National Mall. Meet Pokemon Go trainer Eric Lewis of Grand Atlas Tours in Lafayette Square behind the White House (he’ll be wearing the Pokemon hat). The walk will include trivia and prizes in addition to Pokemon.