Suicide Squad Hangs on at Top for 2nd Week

Warner Bros. Pictures’ Suicide Squad held onto the top spot for a second straight weekend with $43.53 million, though dropping a steep 59.9 percent after bad reviews and word of mouth despite its smash opening weekend. It has earned $222.64 million in 10 days. 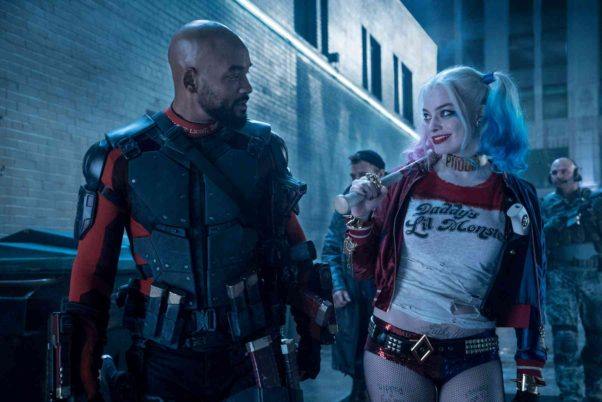 Deadpool may be the most apt comparison, as a similarly “darkly funny” superhero film with a relatively little-known protagonist outside the comic fandom, at least compared to such household names as Batman or Superman. Suicide Squad debuted with an almost-identical opening weekend, coming in less than one percent ahead of Deadpool‘s opening back in February. But Deadpool’s rave reviews pushed it to a second weekend that came in about 22.4 percent above Deadpool’s second weekend.

Sony Pictures’ R-rated animated comedy Sausage Party opened in second place with $34.26 million. The raunchy movie written by Seth Rogen and starring the voices of Rogen and Kristen Wiig is about talking food products in a supermarket who hatch a plan to avoid being eaten by the humans. Among similar animated films not aimed at a family audience — not that there have been many — it debuted at more than double the inflation-adjusted opening of Adam Sandler’s Eight Crazy Nights in 2002 and about 73.8 percent ahead of the inflation-adjusted opening of 1999’s South Park: Bigger, Longer and Uncut.

Walt Disney Studios’ Pete’s Dragon proved a rare miss for the studio during the record-breaking year with a third place $21.51 million opening. Disney has produced four of the five highest grossing films of the year to date. The fantasy live-action remake stars Bryce Dallas Howard, Robert Redford and relative newcomer Oakes Fegley as title character Pete had an opening weekend that was significantly behind other recent remakes of classic Disney properties such as The Jungle Book, Cinderella and Maleficent, although the original 1977 film wasn’t nearly as legendary as those other films.

Universal Pictues’ Jason Bourne came in fourth place with $13.85 million. Interestingly, even though this installment saw a higher second-weekend percentage drop than either of its two predecessors, its 38.2 percent third-weekend drop was lower than the 39.6 percent for The Bourne Ultimatum or 40.5 percent for The Bourne Supremacy. With $127.01 million through its third weekend, Jason Bourne is still running 23.0 percent behind 2007’s Ultimatum through the same period and only 1.7 percent ahead of 2004’s Supremacy even without adjusting for inflation.

The weekend’s other new release, Florence Foster Jenkins from Paramount Pictures, though hardly projected to be a box office smash, started with an underwhelming $6.60 million to claim eighth place. The plot about a singer in the 1940’s who some consider to be the worst singer of all time was never destined to be box office gold, especially being released during the crowded summer season and in less than half the theaters of Sausage Party and Pete’s Dragon. Still, Meryl Streep has also starred in mid-August releases the past two years, and Florence Foster Jenkins opens a hair behind last year’s underwhelming Ricki and the Flash and 46.5 percent behind the opening of August 2014’s disappointing The Giver.