Celebrate the Arts This Weekend

It’s a weekend of light track work on the Metro this weekend. All lines will be running normally except for the Red and Yellow lines. On the Red Line, expect single-tracking between Silver Spring and Glenmont. Trains will run every 6-12 minutes between Shady Grove and Silver Spring on Saturday and every 7-15 minutes on Sunday. Trains will run every 20 minutes between Silver Spring and Glenmont. On the Yellow Line, service will be normal on Saturday, but buses replace trains between Huntington and King Street until 2 p.m. Sunday because of an emergency drill at Eisenhower Avenue.

Explore the DMV through the lens of local photographers at the annual Exposed D.C. photo exhibit. The exhibit contains 47 images of life here in the capitol. This year’s show marks Exposed D.C.’s 10th anniversary, so expect an exceptional collection of images. 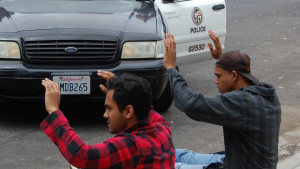 Now in its 18th year, the D.C. Independent Film Festival wraps up this weekend. This weekend’s highlights include Driving While Black, a dark comedy based on police experiences as a black pizza delivery driver in LA, at 7:15 p.m. Friday; Seriously Funny Shorts, seven short films all less than 20 minutes each, at 1:10 p.m. Saturday; the world premier of American Bred, about one of Chicago’s last crime syndicates that begins to unravel when lies, mystery and betrayal devour the trust which holds it together begins to unravel, at 5:40 p.m. Saturday; and the closing night event, a conversation with French American director Jean-Marc Barr and the festival’s awards party at 8 p.m. Sunday. A full schedule of festival events can here found online.

Through Mar. 13 at various times at the Naval Heritage Center, 701 Pennsylvania Ave. NW. Screenings are $7-$12, seminars and workshops $16, and the closing night event is $22 online or at the door. 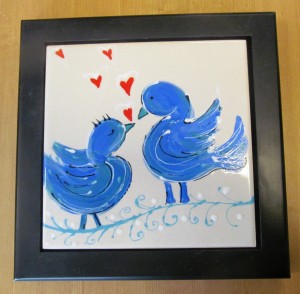 See where your imagination takes you as you decorate your own tile with the help of ceramic instructors at VisArts in Rockville. (Photo: VisArts)

De-stress from your work week with some arts and crafts at Terrific Tiles. During this two-hour class, instructors will guide students through an array of tile painting techniques as students paint their own 6-inch square bisqued tile. When you’re done, VisArts staff will fire, expoxy and grout the tile into a wooden frame that makes the masterpiece suitable for hanging or being used as a trivet. Your work of art will be ready for pick up in 10 days. 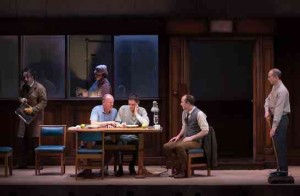 George Orwell’s classic novel comes to life at the Shakespeare Theatre. Grab tickets for 1984 and learn the fate of Winston Smith, a free-thinker in a society under the control of Big Brother. Deemed by The Guardian “a brilliant retelling,” this multimedia production is sure to draw modern parallels between today and Orwell’s dystopian society. 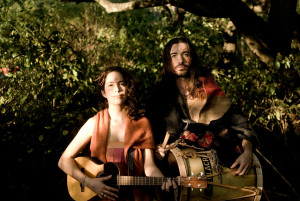 Duo Lulacruza takes the stage for the final performance of the Global-Phonic Music Festival. Describing their sound, Lulacruza’s website reads: “rooted luminous songs unfolding in sonic landscapes.” Take a journey to a new place with this duo’s genre-bending tunes. 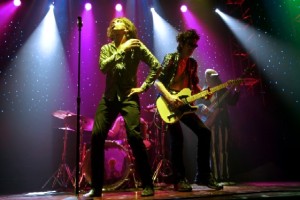 It’s time to rock and roll at Satisfaction: The International Rolling Stones Show. With a setlist of Rolling Stones’ hits, it’s almost like the Stones are performing themselves at this tribute show. Sing along with the band as they play classics such as Paint It Black and You Can’t Always Get What You Want. 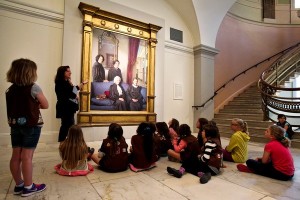 Celebrate Museum Day Live! across the country. In the DMV, all the Smithsonian museums are participating including: the National Portrait Gallery and the Smithsonian Anacostia Community Museum. Non-Smithsonian museums include the National Museum of Women in the Arts, Koshland Science Museum, Gadsby’s Tavern Museum, Riverdale House Museum, College Park Aviation Museum, the National Building Museum and the National Inventors Hall of Fame. This year’s Museum Day Live! honors women and girls of color. Be sure to check each museum for the day’s activities, but some highlights include the chance to create multimedia portraits at the National Portrait Gallery and sidewalk decorating at the Smithsonian Anyacostia Community Museum. Find all the participating museums here.

Mar. 12, times and locations vary. Be sure to check for a full list of participating museums here. Admission is FREE, but a ticket from the website is needed for museums that are not affiliated with the Smithsonian. 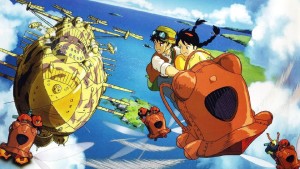 Castle in the Sky tells the story of a boy and girl as they fight to save the ancient flying city it of Laputa. Catch it at 10:30 a.m. Saturday and Sunday at Landmark’s E Street Cinema. (Photo: Studio Ghibli)

An annual spring tradition takes place this weekend with the Studio Ghibli collection screenings. Known for their anime, Studio Ghibli films are some of the top-grossing films in Japan. You’re probably most familiar with Spirited Away, which took home the Oscar for Best Animated Feature in 2003. This weekend’s features are Castle in the Sky at 10:30 a.m. and My Neighbor Totoro at 1 p.m. both days at E Street and Kiki’s Delivery Service at 10:30 a.m. and Nausicca of the Valley of the Wind at 1 p.m. both days at Bethesda Row. The films are in Japanese with English subtitles. For Bethesda Row’s full schedule, check here. For a full list of showtimes at E Street Cinema, check here. 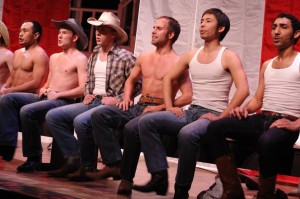 Grab your boots and your cowboy hat and join the Gay Men’s Chorus of Washington for their Boots, Class & Sass concert. This is more than just a revue of your favorite country songs. Expect some clogging, drag queens and a special performance from the D.C. Cowboys dance company. 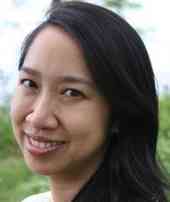 Ava Chin will speak about the histry of foraging.
(Photo: Ava Chin)

Culinary Historians of Washington, D.C. present Foraging History: From Native Americans to Haute Cuisine, a lecture by Ava Chin. Learn how the practice of foraging has changed from the gathering of plants by early humans to its current perception as a trend and technique used by high-end chefs. Chin is the author of Eating Wildly: Foraging for Life, Love & the Perfect Meal. 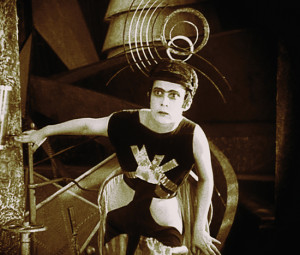 Explore how new technology affects society with the documentary Dreams Rewired. Assembling a collection of historical footage from the late 19th and early 20th centuries, directors Manu Luksch and Martin Reinhart examine how fear and anxiety have always accompanied the introduction of new technologies. Voiced by Tilda Swinton, this historical documentary uses the past to explain the present.

Mar. 13 at 4 p.m. at the National Gallery of Art, Sixth Street and Constitution Avenue NW. Admission is FREE!