Zootopia Roars to the Top of the Box Office

Walt Disney Animation Studios’ Zootopia was off to a terrific start last weekend (Mar. 4-6 ) with a $75.06 million debut. The critically acclaimed 3D computer animated film registered the fourth largest opening weekend in the month of March behind only 2012’s The Hunger Games, 2010’s Alice in Wonderland and 2013’s Oz: The Great and Powerful. Zootopia represents another very strong performer for Disney and topped the $67.39 million opening weekend of 2013’s Frozen to generate the largest opening weekend ever for the animation studio, although it should be noted that the opening weekend performance of Frozen was deflated because it opened on a Wednesday. Compared to the studio’s most recent film, Zootopia opened 33.5 percent ahead of the $56.22 million start of 2014’s Big Hero 6. A strong marketing campaign, having the current family marketplace largely to itself and exceptional reviews all contributed to Zootopia’s strong start. 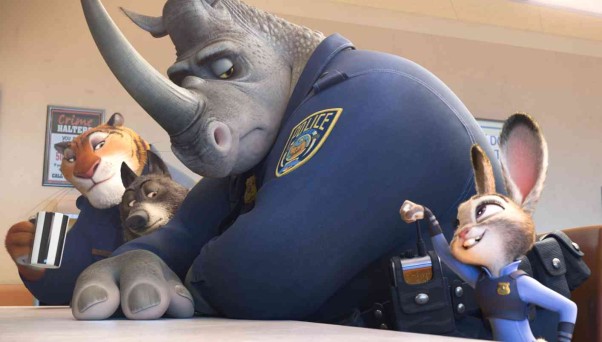 Disney’s Zootopia debuted at number one in the box office over the weekend with $75.06 million.
(Photo: Disney)

London Has Fallen debuted in a distant second place with $21.64 million. The action thriller sequel from Focus and Gramercy opened in line with expectations. The movie debuted 29 percent below the $30.37 million opening of 2013’s Olympus Had Fallen, but had been expected to debut below its predecessor. London Has Fallen was likely helped a bit by the ongoing poor performances of both Lionsgate’s Gods of Egypt and Open Road’s Triple 9.

After leading the box office for the previous three weekends, 20th Century Fox’s Deadpool fell to third place with $16.73 million. In the process, the Ryan Reynolds led antihero film surpassed the $300 million domestic mark, which made it the first X-Men universe film ever to do so without adjusting for inflation. Deadpool fell 46 percent from the previous weekend, as the film took a hit from the added competition of both Zootopia and London Has Fallen. Deadpool’s 24-day total stands at $311.48 million. That is 51 percent stronger than the $206.26 million 24-day take of 2014’s X-Men: Days of Future Past.

Paramount Pictures’ Whiskey Tango Foxtrot debuted in fourth place with $7.44 million. The R-rated comedy starring Tina Fey opened below expectations and registered one of the lower debuts of a wide release staring Fey to date. Being a war comedy made Whiskey Tango Foxtrot a much tougher sell than most of Fey’s previous films. With word of mouth appearing to be mixed, Whiskey Tango Foxtrot is unlikely to hold up as well as Fey’s films have done in the past.

Meanwhile, Gods of Egypt rounded out the weekend’s top five with $5.20 million. Lionsgate’s expensive action fantasy film was down 63 percent from the previous weekend’s soft debut. It has grossed just $23.05 million in 10 days, which is especially disappointing with both the film’s price tag and the action fantasy genre in mind.