Bangkok Joe’s Is Returning to Georgetown

Chef Aulie Bunyarataphan and her husband Mel Oursinsiri are bringing back their original Thai restaurant, Bangkok Joe’s to Georgetown’s Washington Harbour at 3000 K St. NW. They hope to reopen sometime in March. 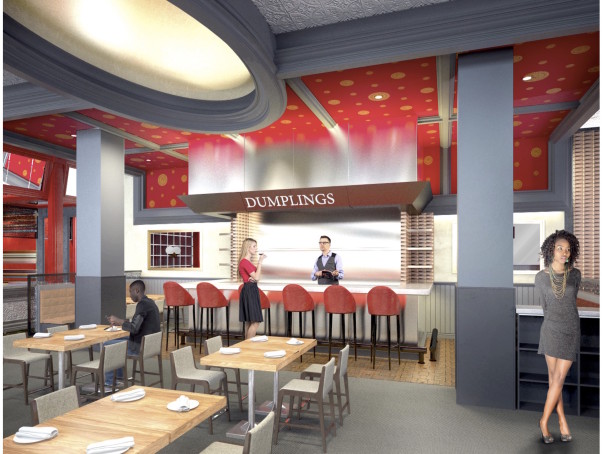 The pair originally opened Bangkok Joe’s at the same location in 2003. In June 2014, they decided to close and remodel the restaurant as Mama Rouge under the leadership of Michael Vucurevich and Dan Simons, the principals of Vucurevich Simons Advisory Group, a restaurant and hospitality consulting company based in Kensington, Md., which also designed and operates Founding Farmers and Farmers, Fishers, Bakers for the North Dakota Farmers Union.

On their website, Vucurevich and Simons said Mama Rogue was a Southeast Asian bistro with classic French accents. “We began by creating the Mama Rogue brand identity complete with cohesive elements to convey and weave (Bunyarataphan and Oursinsiri’s) vision through all aspects of the concept: from food & menu development (including bar & beverage programs) and interior design to culinary concepts and business management to marketing + PR strategies, and recruiting services + training development.” However, patrons didn’t embrace the new concept or return once Mama Rogue reopened and it closed in January.

We visited in February 2015 and noted that the menu was all over with Southeast Asian dishes listed next to classically French plates. Pho was listed beside curry and banh mi on a croissant beside barbecue. The inside of the remodeled eatery was more French bistro with a zinc topped bar, tin ceiling tiles, French style chairs and bistro tables with wrought iron lights and a green and cream palette and dark red accent wall. VSAG also trimmed down Bangkok Joe’s massive menu to one page.

“We’ve heard from so many of our longtime customers that they really missed Bangkok Joe’s.” said Oursinsiri. “So we decided to bring the restaurant back, but with a more traditional influence that really showcases authentic Thai ingredients and Aulie’s creativity in the kitchen.”

The new Bangkok Joe’s brings back the expansive menu featuring the exotic tastes and aromas of the Bangkok street food Bunyarataphan experienced as a child, along with Japanese, Chinese, Vietnamese and French flavors she picked up as a result of her culinary experiences in the United States. The menu will include about 20 new dishes incorporating more traditional Thai flavors to appeal to diners expanding palates and openness to trying authentic global cuisines as well as customer favorites.

“The new Bangkok Joe’s is the restaurant I wanted to open 20 years ago,“ said Bunyarataphan. “Over the past decade, we’ve seen customers become more adventurous and more willing to explore traditional Thai ingredients, flavors and cooking styles. I’m really looking forward to doing what I do best, which is sharing my culinary roots. Of course, with my own creative spin.”

The menu will feature a combination of dumplings and buns, wontons and rolls, a variety of small plates, soup and salads, noodle bowls and rice bowls as well as its popular fried rice offerings. “Not Your Ordinary Joe’s,” a selection of elevated entrée specialties, will also be back. The dumpling bar menu features 20 of Bunyarataphan’s unique creations paired with house-made sauces.

Georgetown’s Collective Architecture is overseeing the refreshed interior that pays homage to Thai culture and design. The 108-seat restaurant will get a less dramatic change than it did when it became Mama Rogue. The space will be a bit more neutrally colored but still have red accents. The ceiling will sport a pattern inspired by Bunyarataphan’s family temple in Thailand. The dumpling bar, separate from the regular bar, will feature prominently as well.