Gods of Egypt Has Disappointing Debut

Twentieth Century Fox’s Deadpool continued to lead the box office with ease last weekend (Feb. 26-29) with a third weekend take of $31.12 million. The Ryan Reynolds led blockbuster antihero film stabilized nicely, as the film was down 45 percent. Deadpool is approaching the $300 million domestic mark with a 17-day start of $285.25 million. That places the film 51 percent ahead of the $189.56 million 17-day take of 2014’s X-Men: Days of Future Past, which fell 53 percent in its third weekend to gross $15.15 million. With the release of Disney’s highly anticipated Zootopia on Friday, this will obviously be the last weekend in first place for Deadpool. 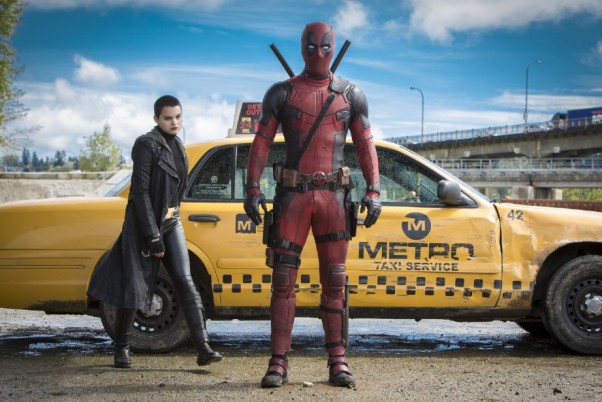 In other Marvel related news from 20th Century Fox, on Saturday evening Fox announced that Gambit no longer has a release date. And while Fox didn’t officially announce a release date for a Deadpool sequel over the weekend, the studio did schedule untitled Marvel films for release on Oct. 6, 2017 and Jan. 12, 2018.

Lionsgate Entertinment’s Gods of Egypt debuted in second place with a $14.12 million. While the expensive action fantasy film featuring Gerard Butler and Nikolaj Coster-Waldau opened towards the higher end of modest expectations, the film still performed poorly with both its high price tag and the action fantasy genre in mind. Months of largely negative pre-release buzz was simply too much for the movie to overcome last weekend and poor critical reviews and the continued strength of Deadpool didn’t help. Butler will hope to see much stronger results next weekend with the release of Focus’ London Has Fallen.

Kung Fu Panda 3 claimed third place with $8.90 million. The 3D computer animated sequel from 20th Century Fox and DreamWorks Animation was down 28 percent from the previous weekend, as the film received a boost from family audiences who wanted to catch it before Zootopia arrives in theaters next weekend. The 31-day total for Kung Fu Panda 3 stands at $128.35 million

Risen followed in fourth place with $6.82 million. The faith-based film from Sony’s AFFIRM Films label starring Joseph Fiennes was down 41 percent from its opening weekend. It has grossed $22.52 million in 10 days, which is towards the higher end of expectations. Risen will hope to hold up well between now and Easter, though before much longer the film will be facing new direct competition from fellow faith-based films The Young Messiah and Miracles from Heaven.

Open Road’s Triple 9 rounded out the weekend’s top five with a lackluster $6.11 million debut. The ensemble crime drama opened below expectations and failed to live up to the relatively high online activity levels it had generated in the weeks leading up to its release. Triple 9 represents another disappointing performance for Open Road, with other recent misfires for the distributor including last year’s Rock the Kasbah and last month’s Fifty Shades of Black.

Twentieth Century Fox’s Eddie the Eagle debuted with $6.08 million. The sports comedy starring Taron Egerton and Hugh Jackman opened just below modest pre-release expectations. Despite aid from a Super Bowl ad and the strongest critical reviews of the weekend’s three new wide releases, moviegoers simply weren’t very interested in Eddie the Eagle out of the gate. It is possible that the film could hold up well going forward thanks to healthy word of mouth.