When snowflakes begin to fall, kids of all ages – from toddlers to teens – get excited about sledding down hills covered in the white stuff. 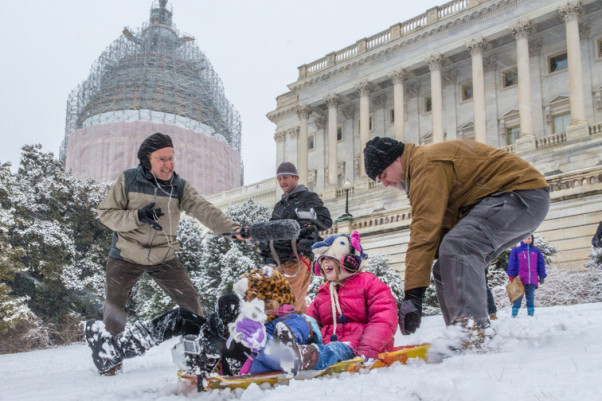 Sledders slide down the hill in front of the U.S. Capitol Building. (Photo: Joseph Gruber)

The recent Winter Storm Jonas, which hit the DMV as well as most of the Eastern United States, brought significant amounts of snow that kept kids entertained outdoors for days, if not weeks – but it’s important for parents to teach their children important safety measures to prevent injury while having fun.

According to the Center for Injury Research and Policy, bruises, cuts and broken bones are the most common sledding injuries, but head and neck injuries also frequently occur.

Because head injuries are among the most common sledding risks, she recommends children wear bicycle helmets if they don’t have a winter sport helmet. “It’s something that seems so simple, but in the event of an accident, a head injury is going to be the No. 1 issue,” she said.

DePatto also recommends using only sleds that can be steered, and staying away from tubes, discs, lunch trays and cardboard. “If they can’t be steered, they aren’t safe,” she said. 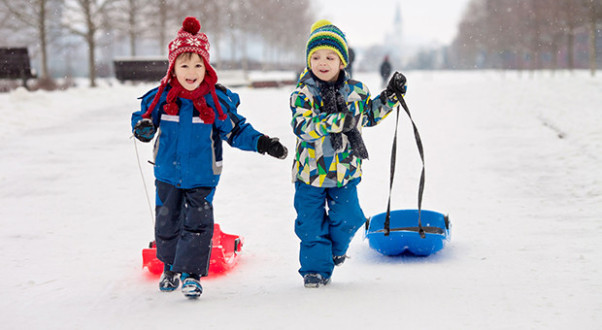 Only sleds that can be steered should be used and children should wear bike helmets. (Photo: Thinkstock)

Children younger than 5 can go down smaller hills with an adult, but older children should sled solo and avoid tying sleds together or hanging onto each other. The best way for a toddler to enjoy the snow is to be pulled along a flat surface by an adult.

Although it might seem fun to go down a hill head-first, backwards or on your stomach, sitting upright and sledding feet-first is the safest way. If you lose control of your sled, let go and roll to the side rather than trying to hold onto the sled and ending up with an injury. And never ride in a sled pulled by a motorized vehicle.

When sledding in groups, children should be taught to walk back up the hill off to the side – away from where others are sledding down – to avoid collisions.

Parents should also be smart about selecting a location for their children to sled. DePatto said it’s especially important to make sure there is enough flat area at the bottom of the hill for the sled to come to a stop before entering a roadway or hitting fences, trees, vehicles or other obstacles.

“If you are going down a very steep hill and there is no room to stop until you hit an object, that is obviously going to cause injury,” she said.