Temperamental and controversial chef R.J. Cooper left Rogue 24, 922 N St. NW, after years of legal drama with his business partner Hilda Staples to become director of culinary experience at the Marriott Center City in Charlotte, N.C., which is undergoing renovations. His last night at the restaurant was New Year’s Eve. 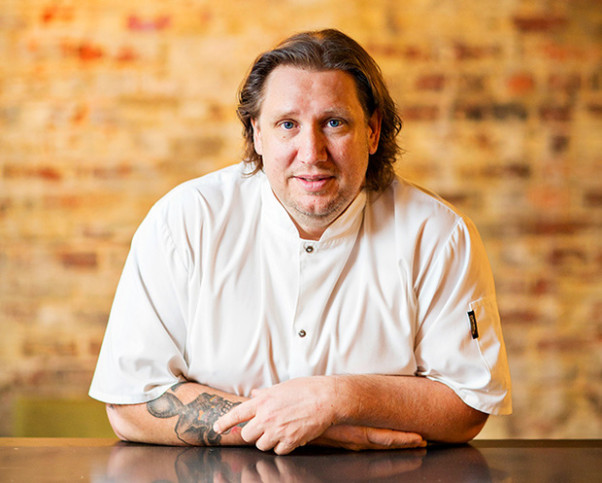 Daily operations are to be transferred to Staples “until further legal settlement and discussions are finalized.” The chef sent an email to his investors detailing his departure:

New Year is quickly approaching and it gives me the perfect opportunity to reflect on the last 12 months, celebrate accomplishments and mark the great achievements. It is also a time to look into the future, open doors to challenges and welcome exciting new adventures.

It is with mixed emotions that I announce that this New Years Eve will be my last service as the lead of Rogue 24. I will be offering two seatings 6:00 pm and 9:30 pm as my last Journey menu. The transition does not translate into me losing full creative control over the experience of Rogue 24, but instead means that I will not be managing it on a daily basis.

Daily operations will be transferred to other partner until further legal settlement and discussions are finalized regarding the future of Rogue 24.

When one door closes, another opens. I have recently been presented with a great opportunity to work with a major hotel company to develop an innovative new restaurant concept at a major hotel in Charlotte, North Carolina. This group has challenged me to develop a unique and world class culinary experience centered around my creative drive to push the boundaries past guest expectations. I am excited and looking forward to this new chapter in my journey.

I have been in the Washington DC culinary scene for nearly 17 years and the city has given me some of the greatest moments of my life that includes winning a James Beard Award establishing wonderful relationships with chefs, restaurant workers, owners and guests in the area, and most of all, starting a family,

I am humbled by the many great relationships that have been provided to me. I am especially humbled and thankful to Chef Jeff & Sallie Buben, Mike Nevarez and all the support teams of their empire for taking the risk and showing me how to truly be a chef. To the team of Rogue 24 and its investors who let me create a unique dining experience, I am forever in your debt.

Goodbye for now DC and thanks for all the memories.

Cooper and his wife, Judith, have been fighting with Staples and her husband, Johnathan, since September 2013 over a $300,000 loan the Staples obtained for startup costs at the restaurant. On Dec. 15, Copper tweeted:

Cooper had threatened to quit in 2013 over the lawsuit. The Staples got the $300,000 loan from Frederick County Bank for the restaurant when the Coopers were rejected. Staples claimed the loan hadn’t been repaid. The Coopers claim it wasn’t their loan, but the restaurant made interest payments directly to the bank and carried it on their books and in IRS tax filings that Cooper signed.

Cooper countersued Staples for breach of contract and breach of fiduciary duties claiming she was a poor investment fundraiser, bookkeeper and business partner despite her success working with Bryan Voltaggio and Mike Isabella on their projects. They claim she secured loans, made loan payments and issued shares to her husband without their knowledge. It requested actual and punitive damages as well as dissolving the partnership and dividing the assets.

“Good riddance,” Staples told the Washington City Paper of Coopers’ decision to leave Rogue 24. “Most chefs I know would have stayed and fought for their restaurant. He’s running out of town.”

Cooper responded, “Mrs. Staples’ comments are unfortunate, but not surprising. The court recently dismissed her lawsuit against us, so it comes as no surprise that she would cast aspersions in the press. There will be a time and place for the court to further determine her and her husband’s obligations to the company and its members.”

However, a search of the D.C. Superior Court docket lists the case as still open. In fact, the case was transferred from Judge Stuart Nash to Judge Marisa Demeo on Dec. 31. A mediation hearing is scheduled in the case at 9 a.m. Jan. 12, according to the website.

The new concept at the Marriott is expected to open in the fall, according to a hotel spokeswoman. Cooper will develop menus and hire staff for an upscale casual restaurant, a coffee lounge, a speakeasy and a craft bar. The arrangement may be good for Cooper who thrived and won his James Beard Award when he worked under chef and restauranteur Jeffrey Buben at Vidalia.

Rouge 24’s fate is uncertain. We couldn’t reach anyone at the restaurant, but did get voicemail and Open Table was taking reservations for next week.

Cooper’s own restaurants haven’t fared as well. Gypsy Soul, which was struggling in Fairfax’s Mosaic District, closed in August after being evicted for more than $277,790 in back rent. In March 2015, Cooper settled an eviction order with the landlord of Rogue 24 form $26,396 for back rent from Sept. 1, 2014 to Mar. 10, 2015. The case was dismissed when Cooper paid the back rent. 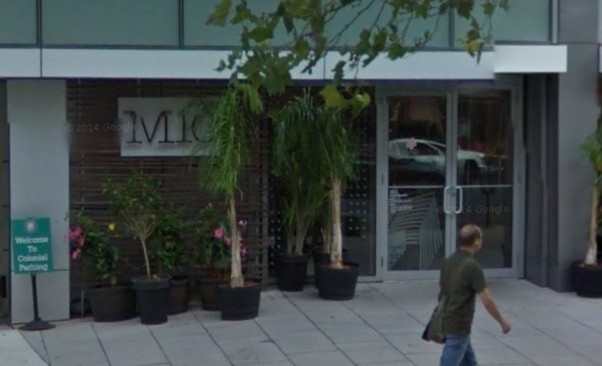 On Dec. 29, the Puerto Rican restaurant near Thomas Circle announced it would closed on for good on Dec. 31. It was owned by Manuel and Karla Iguina. They announced the closing Dec. 29 on Facebook:

All good parties come to an end. Mio will be closing its doors on December 31st. Come and join us for a New Year’s Eve dinner with all the Puerto Rican classics: pernil, pasteles, arroz con gandules, and of course, lots of rum! We’re looking forward to one last dance at Vermont Ave. Stay tuned… our new concept will be announced soon! Thanks for joining us on the nine-year journey.

Mio filed for Chapter 11 bankruptcy protection on Sept. 3, citing debts of between $1 million and $10 million and assets of the same. At the time, the Internal Revenue Services was owned $607,124 in Social Security and other withholding taxes. The next largest creditor was the District, which was due more than $400,000.

Food critic Tom Sietsema of the Washington Post tweeted that the Iguinas plan to open a casual Puerto Rican spot called Acerola in Fairfax this summer.

It seems like Secret Chopsticks from WSL Hospitality at 1850 Fort Meyer Dr., Arlington, in the Rosslyn neighborhood maybe too much of a secret and having financial problems. 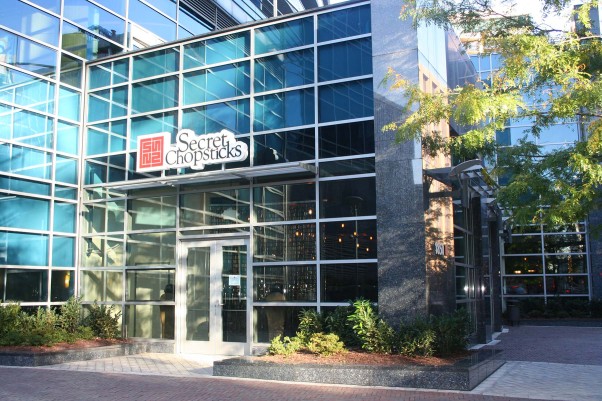 When chef Robin Li opened the 4,000-square foot restaurant along with partner, general manager and beverage director Malia Milstead on http://dconheels.com/?p=33797 Nov. 17, the menu included four nine-course tasting menus priced from $59-$89 per person. Diners would choose vegetarian, tofu, dim sum or protein but not know what individual dishes were on each night’s menu until the plate arrived at the table.

During an interview before the restaurant opened, we asked Li and Milstead if there would be enough variety to keep diners coming back for the pricey meals. We also wondered if the strict policy of only serving the tasting menus in the dining room and making guests wishing to order a la carte to sit in the bar and lounge area was wise.

Diners want to know what they are ordering, especially with such expensive meals. Also, it seems it would be hard to change the items on the tasting menus often enough to provide variety to draw diners on a regular basis.

Now, less than two months after opening, the menu is now a la carte except for one 11-course tasting menu priced at $89 per person that is published on the menu and appears to be a mixture of the four previous tasting menus.

Also in less than two months, Milstead has left the restaurant. Likewise, Ralph Villar, what was the opening assistant general manager and sommelier, who became general manger when Milstead left, has now left himself replaced by Jonathan Theriault. A Google search lists Milstead and Villar, who had previously worked together at Agora and Zola, as general manager and beverage director/sommelier at SoBe Restaurant and Lounge in Lanham, according to the restaurant’s website.

We also understand the restaurant is behind on its bills and has been dropped by its’ PR agency for failing to pay November and December invoices.

Eat Well DC, which owns Logan Tavern, GrillFish, Commissary and The Pig, appears to be preparing to open The Bird, a poultry restaurant, at 1337 11th St. NW in Shaw. 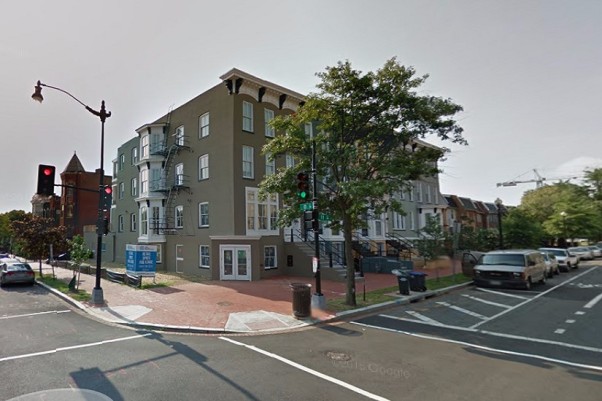 According to a notice published by the D.C. Alcoholic Beverage Regulation Administration on Tuesday, the “restaurant specializing in poultry dishes with seating for 99” has also requested a sidewalk café with seating for 65 and a summer garden with 35 seats. The notice listed the hours of operation from 8 a.m.-1 a.m. Sunday through Thursday and 8 a.m.-2 a.m Friday and Saturday. Liquor would be served 11 p.m. Sunday through Thursday and midnight on Friday and Saturday.

We haven’t received any details from the company, but The Pig is – at its website says – “a celebration of pork and the whole animal.” With a name like The Bird, we assume it will be similar, but with a chicken instead of pig.

On Jan. 4, Graffiato, 707 Sixth St. NW, is bringing back its popular industry takeover nights on a quarterly basis. 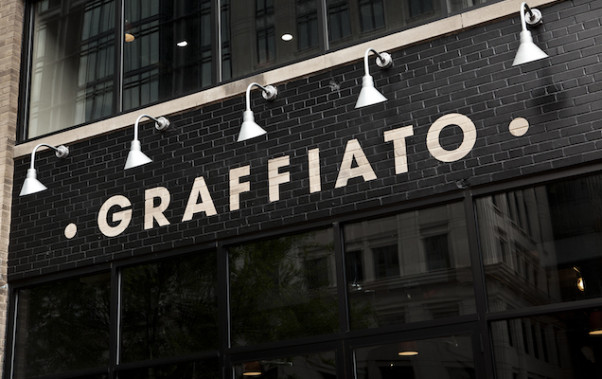 A $10 cash-only cover charge will be collected at the door with half being donated to Martha’s Table.

The menu includes first cours of gravlax, an everything cracker with smoked egg yolk, and a clothbound cheddar fritter with duck prosciutto; and third course of lamb pastrami pasta with rye rigatoni and a caraway mustard glaze both from Meek-Bradly. Lin will prepare the second course of Hamachi with celery, yuzu kosho and pickled hijiki and peppermint bark for dessert with chocolate mousse, mint-cocoa nib ice cream and peppermint glass. The fourth and fifth courses of grilled octopus with charred tomato, leeks and gigantes; and spit-roasted short ribs with arrowhead cabbage, chili and yogurt respectively will be prepared by Pagnois

Met Bethesda on the mezzanine level of Westfield Montgomery, 7101 Democracy Blvd., Bethesda, hosts “Besties Night Out” Sunday through Thursday through Jan. 31 featuring a three-course, prix fixe meal for two for $60.

The meal includes an appetizer, entrée and a dessert to share. A bottle of house red or white wine can be added for an additional $10.