The Martian Hangs on at Number One

Twentieth Century Fox’s The Martian took in $37.01 million last weekend (Oct. 9-11) to lead the box office for a second consecutive week. The critically acclaimed Ridley Scott directed 3D sci-fi film starring Matt Damon held up nicely, as it was down just 32 percent from the previous weekend. In comparison, 2013’s Gravity declined 23 percent in its second weekend to gross $43.19 million, while last year’s Interstellar fell 40 percent to gross $28.31 million. The Martian surpassed the $100 million mark last weekend and has grossed $108.72 million in 10 days. The film is currently running 12 percent ahead of the $96.93 million Interstellar had grossed after 10 days of wide release and 11 percent behind the $122.32 million 10-day take of Gravity. Thanks to strong word of mouth and strong critical reviews The Martian is likely to hold up well through October. 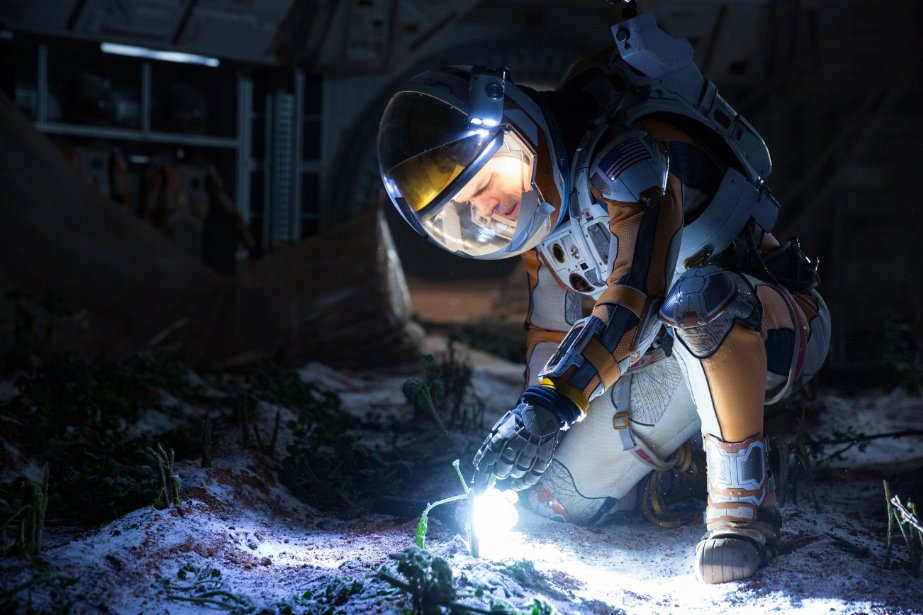 Matt Damon stars in The Martian, which held onto first place over the weekend. (Photo: 20th Century Fox)

Pan was off to a soft third place start with $15.32 million. Warner Bros. Pictures’ pricey 3D adventure fantasy starring Hugh Jackman opened below expectations and performed poorly considering its expensive price tag. Potential for the Peter Pan origin story was modest to begin with and the film’s delay from the summer to the fall and poor critical reviews didn’t help. Pan could take a direct hit next weekend from the mentioned arrival of Goosebumps this coming Friday.

Fellow Warner Bros. release The Intern followed in fourth place with $8.68 million. The Nancy Meyers directed comedy starring Robert De Niro and Anne Hathaway held up well last weekend, down a slim 26 percent. Strong word of mouth, the film skewing heavily towards older moviegoers and the relative lack of comedies in the current marketplace are all helping boost holding power for the film. The Intern grossed $49.59 million in 17 days.

Lionsgate Entertainment’s Sicario rounded out the weekend’s top five with $7.58 million. The critically acclaimed crime thriller starring Emily Blunt, Benicio Del Toro and Josh Brolin was down 38 percent from the previous weekend. While that represented a solid hold, it also suggests that the film isn’t going over quite as well with audiences as it has with critics. Sicario has grossed a solid $26.94 million through 24 days of release with the film’s first two weeks having been in limited release.

Meanwhile, Sony’s The Walk continued to under-perform in a big way with a seventh place take of just $3.72 million in its first weekend of wide release. The critically acclaimed 3D Robert Zemeckis directed film starring Joseph Gordon-Levitt only managed $1,482 per location for the weekend and that was with the aid of higher priced IMAX admissions. The 12-day total for The Walk stands at $6.43 million. Despite strong critical reviews, The Walk hasn’t been able to catch on with moviegoers due in part to very tough competition and not having the most mainstream friendly concept to begin with.

On the other end of the box office spectrum, Universal Pictures’ Steve Jobs was off to a terrific start in limited release with $521,522 from 4 locations in New York and Los Angeles. That gave the Danny Boyle directed drama starring Michael Fassbender a massive $130,381 per location. Strong critical reviews and the legacy of Steve Jobs have helped to build up anticipation for the film and the film’s strong limited launch is likely to build further momentum for the film going forward. Steve Jobs will be playing in an estimated 60 locations this coming weekend and will expand into wide release on Oct. 23.