Cooking and Eating Those Crazy Kernels

If you love popcorn, you might have wondered what makes it pop in pans or popcorn makers.

Popcorn is a whole grain that is a type of maize or corn, and it has three central components: the hull, the endosperm and the germ. Other types of corn don’t pop because their hulls are not quite the right thickness, so popcorn is intriguingly unique. Inside a popcorn kernel, a drop of water sits inside soft starch, which itself sits inside the kernel’s hard exterior. 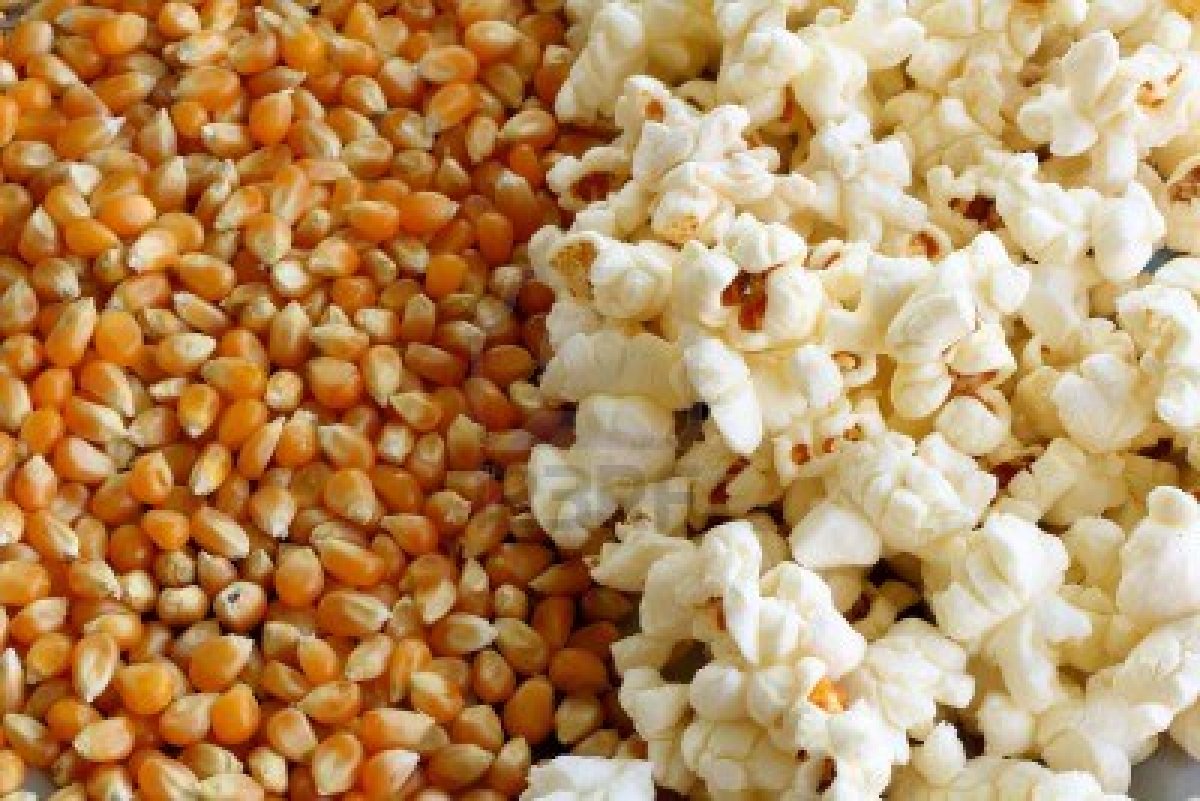 A drop of water inside the kernel makes the popcorn pop. (Photo: Downeast Food Distributors)

The water expands as the temperature of the kernel increases, and when it reaches 212 degrees the water becomes steam that transforms the kernel’s starch into hot liquid. At 347 degrees, the pressure inside the grain is great enough to burst open the kernel’s hull, releasing the steam and allowing the starchy interior to swell. Surprisingly, the popcorn you’re used to eating is actually almost 50 times the size of the original kernel.

Although popcorn is delicious and has a long, distinguished history, many people struggle to cook it properly. For example, it is often burned in the cooking process or most of the kernels are left uncooked. Here are the four steps you need to follow to make a perfect portion of popcorn in a stove-top popcorn making pan:

Popcorn makers are even better than ever, with some of the best modern machines producing deliciously fluffy kernels every time. To get the very best results, there are a few things you need to know:

Article by Lisa Carnes, a homemaker who loves to entertain and cook for her friends and family. When she finds something new or helpful, she likes to share it on the web. You can find her posts on a number of websites and blogs.