Which Celebrity Relationship Are You In?

Our society is so consumed with celebrity gossip and watching celebrities’ every move that it’s no surprise that we attempt to mimic their lives. Personally, I’ve probably watched The Notebook at least 100 times (and I cried 50 of those times). Because of this, I’ve actually used lines from the movie in my own real life relationships. It surprisingly works until you watch that certain movie with your significant other, and they begin to recognize you are a chick flick parrot. But, reality is that sometimes only movies have words for how you feel in a moment. 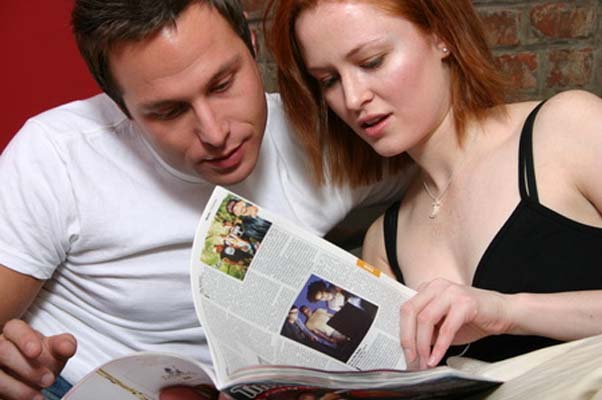 Which celebrity couple are you? (Photo: ShutterStock)

What happens when you stop quoting movies and start resembling celebrities’ actual lives? It isn’t that impossible. We watch celebs in movies, listen to their music and read about their lives in magazines, so the idea of developing similar relationship characteristics isn’t abnormal.

So which is your celebrity doppelganger?

You and your partner are Mr. and Mrs. Smith. You are the power couple that may have had a sketchy, scandalous beginning, but your friends forget how you met because now you are the envy of every couple.

If you aren’t this couple, you at least know someone who falls under this category. Maybe the couple you know isn’t physically abusive towards each other, but they definitely are verbally toxic. If you are this couple, GET OUT NOW. We all know how this love story ends.

This couple shares similar passions and always manages to have fun together. They are best friends, and despite any rumors, they overcome any challenges that cross their path. If you are this couple, you might just have found your soulmate.

Our society will always be obsessed with a new generation of celebrities, so we might as well take advantage of that. By that, I mean we can actually learn from their mistakes. Taylor Swift teaches us that it’s okay to own up to your past relationship mistakes as well as call out exes for their bluffs. Miley Cyrus and Liam Hemsworth teach us that its never too late to break off an engagement if the single in you is begging to be let out and go wild. And Kimye (Kim Kardasian and Kanye West) taught us that haters will always be jealous of your fabulous life.

Just be sure you can distinguish realistic relationship expectations and Hollywood expectations. Don’t expect your ex to build you a house to get your attention like in The Notebook. And don’t expect your hot dance instructor to sweep you off your feet like in Dirty Dancing. There may be similarities, but Hollywood is not a mirror image of our reality.

Know that it is okay to admire celebrity romances, as long as you know you are in control of your own future. So go on thinking you are Queen B in your relationship, but don’t let it get to your head or else you’ll end up becoming a literal single lady with no ring on it.