The Year in Food

2014 was a year of openings and closings in the DMV food scene. Old favorites closed, new endeavors didn’t pan out and new restaurants replaced them. And even though 2012 and 2013 saw a flurry of new restaurants, there was no slowdown in 2014. 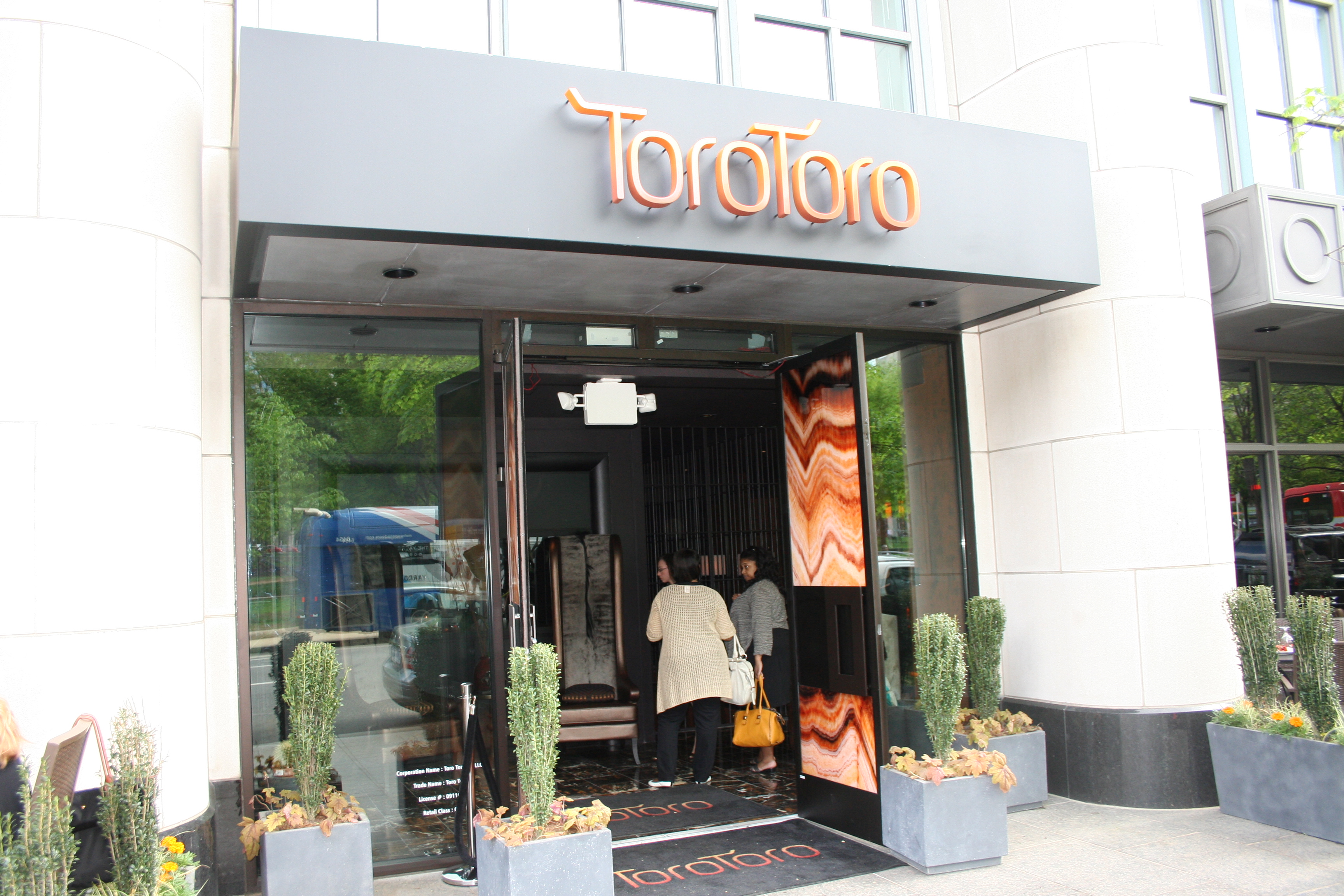 Chef Richard Sandoval opened another restaurant in the city in April. Toro Toro, a Pan Latin steakhouse, opened at 1300 I St. NW. Meat is the centerpiece of the menu.

In June, José Andrés opened his America Eats Tavern at the Ritz-Carlton Tysons Corner, 1700 Tysons Blvd., McLean. The space formerly housed Michel Richard’s Michel and Maestro from Fabio Trabbochi. America Eats, originally a pop up in Penn Quarter in conjunction with a National Archives exhibit, features American cuisine such as chicken pot pie, she-crab soup, and hush puppies and Virginia hams. It also has an all-American décor with “We the People…” painted on the wall above the open kitchen and flags everywhere.

Boss Shepherd’s opened in July at 1299 Pennsylvania Ave NW next to the Warner Theater with a Southern menu. Also, Chaplin’s Restaurant & Bar, an Asian-inspired restaurant from brothers Ari and Micah Wilder, opened at 1501 9th St. NW in Shaw, and GRK Fresh Greek restaurant opened at 1140 19th St. NW in Dupont. The second location for the chain serves fresh, casual Greek food like gyros, tzatziki sauces, seasoned fries and Agean salad all made in house. It also sells fresh and frozen imported Greek yogurt.

Brookland Pint from the owner of Meridian Pint, opened in August at 716 Monroe St. NE across from Catholic University in the new Monroe Street Market. The bar has 24 beers on tap and the menu features locally grown and harvested foods, many of which are gluten-free or vegan. 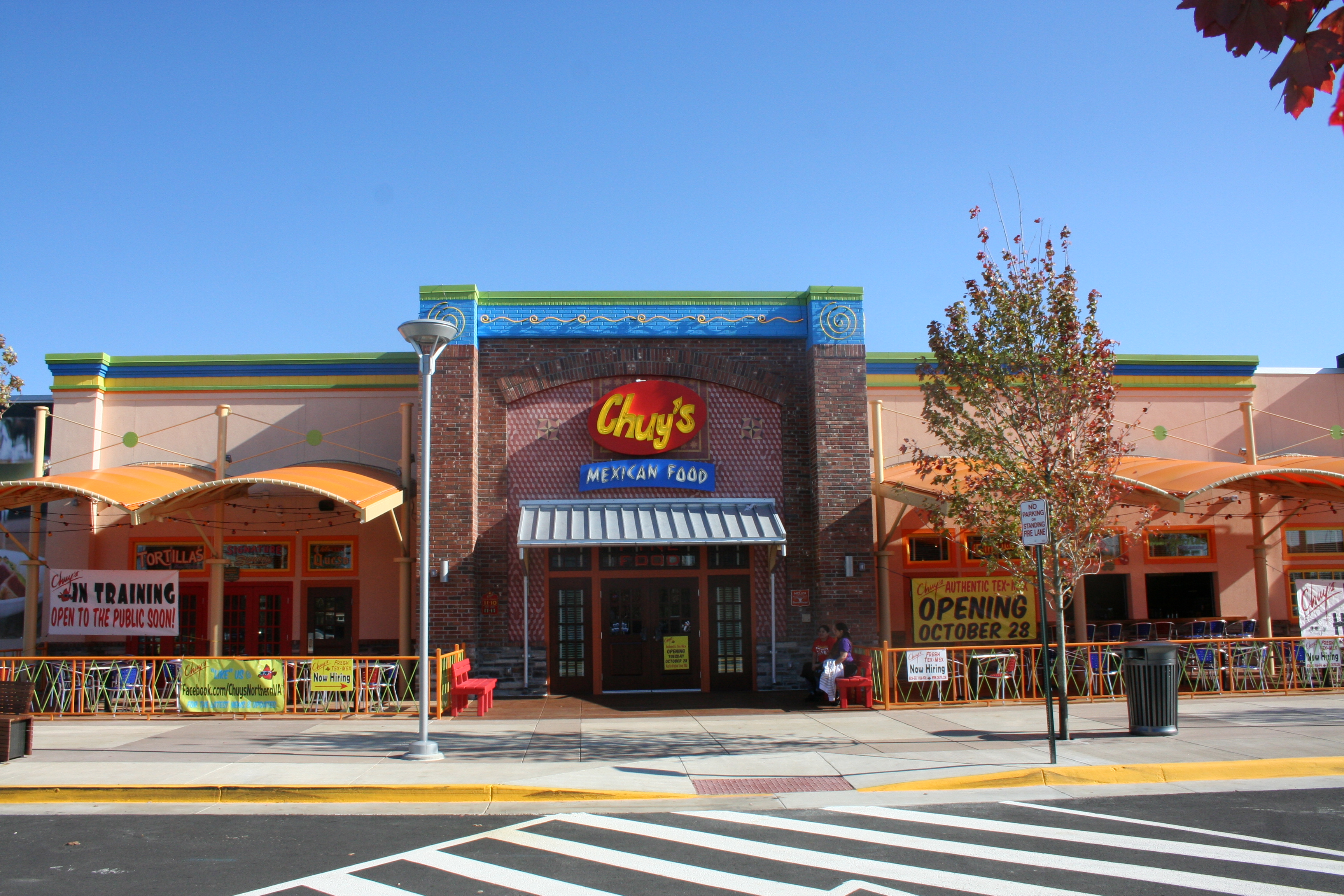 Chuy’s Tex-Mex opened in Fairfax in September and at the new Springfield Town Center (above) in October. (Photo: Mark Heckathorn/DC on Heels)

Chuy’s the quirky Tex-Mex restaurant from Austin, Texas, opened its first DMV location at 11219 Lee Highway, Fairfax in September followed by a second location at the new Springfield Town Center in October. The restaurant features all fresh-made dishes with fresh food delivered six days a week. The freezer is smaller than an average home refrigerator. The biggest opening was also in September with DBGB Kitchen and Bar, chef Daniel Boulud’s casual French American restaurant, opening mid-September at 931 H St. NW in CityCenterDC. There was a red carpet, live band, VIPs, celebrities and a Washington Monument carved out of ice. But so far, it hasn’t lived up to the fanfare or steep prices.

October saw DC Harvest open at 517 H St. NE. Chef Arthur Ringle serves a hyper-local seasonal modern American menu with most of the ingredients coming from within the Chesapeake Bay Watershed. Second State, the Pennsylvania themed restaurant, also opened in September at 1831 M. St. NW in the former Mighty Pint space. It caused an uproar when it initially tried to add a $1 upcharge for artisanal ice.

City Perch by James Beard winner and former Wolfgang Puck pastry chef Sherry Yard and former Occidental Grill chef de cuisine Matt Baker opened in late-November at the iPic Theater in the new Pike & Rose Development in North Bethesda. This was probably the most disappointing new restaurant. The highlight of the menu for the Washington Post’s Tom Siestema was the $10 bread board. He only gave the pricey restaurant one star. We wouldn’t be surprised to see it on 2015’s review in the closed column. 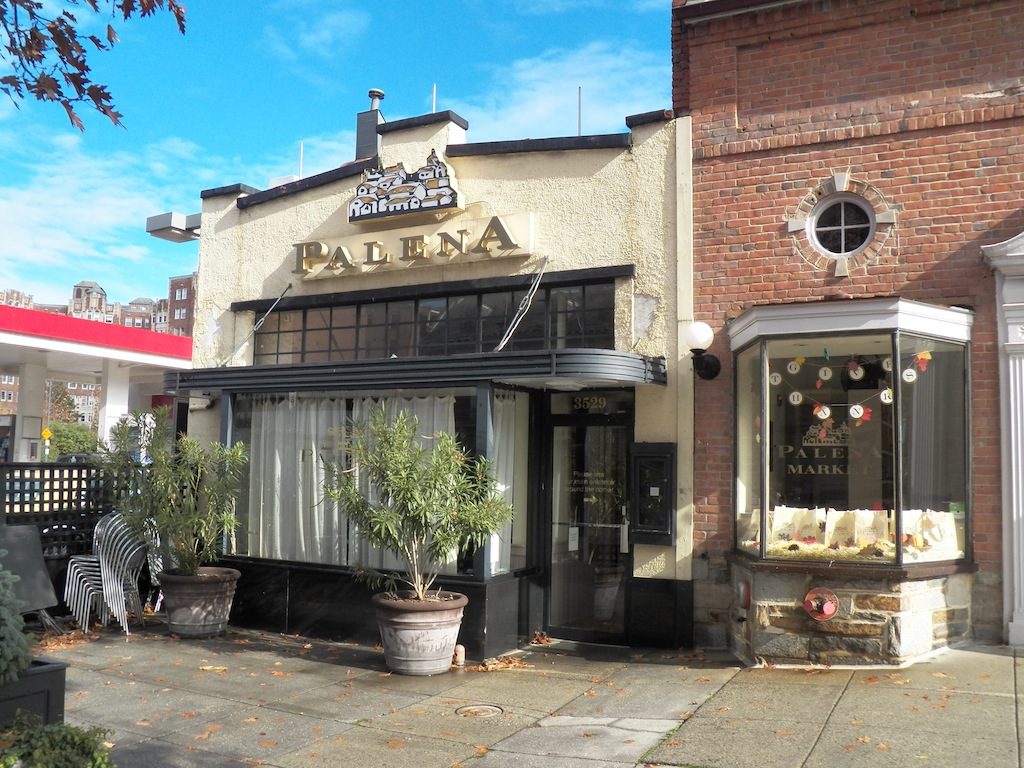 Last year also saw several closings. The most mourned closing was Cleveland Park’s Palena, which closed in April after 13 years. It was evicted for unpaid rent. But fans of chef Frank Ruta won’t have to wait much longer. He’s been hired to take over The Grill Room and Rye Bar at the Capella hotel in Georgetown.

J&G Steakhouse in the W Hotel closed in June, less than a year after it remodeled. It was in the hotel five years. J&G was replaced by Pinea from chef Barry Kaslow, formerly the chef at DGS Delicatessen, featuring Mediterranean cuisine.

August, saw the rum bar Hugo and Chadwick’s both close.

Probably the shortest lived restaurant of 2014 was Fredrik de Pue’s Menu MBK in Penn Quarter. It opened early in 2014 then closed in October, less than nine months later. De Pue’s investors forced the closure when they weren’t receiving as much return on investment as they had expected. The building had previously housed de Pue’s short-lived seafood restaurant, Aqua.

CityZen at the Mandrin Oriental hotel shuttered in mid-December when chef Eric Ziebold left to open his own restaurant., Kinship, in Mount Vernon Triangle in September.

Duffy’s on U Street and Murphy’s of D.C. both closed in November followed by The Passenger and Summer’s Restaurant in Arlington at the end of the year. And though technically not 2014, the Jan. 3, 2015 closings of Lima Lounge and Fujimar Restaurant had been announced. The 10-year lease ended and some of the lounges events will move to The Park on 14th and Barcode and Lima may reopen elsewhere.

Several new eateries are on the horizon. First out of the gate in the new year is José Andrés, who will open his contemporary Peruvian restaurant, China Chilcano, at 418 7th St. NW in Penn Quarter in January and his vegetable-centric Beefsteak at 22nd and I Streets NW on the GW campus in February.

Nick Pimentel of Room 11 and Genevieve Villamorea will open Bad Saint, a Filipino restaurant at 3226 11th St. NW in Columbia Heights in early 2015.

Mintwood Place will get a larger sister at 801 O St. NW in Shaw when chef Cedric Maupillier and co-owner Saied Azali open Convivial sometime in last spring or early summer. By day, it will be a more casual hangout and by night it will serve a French-American menu with an emphasis on vegetables and small plates.

Chala, which sells its vegetarian tacos at local farmers markets, will open a brick and mortar shop at 3207 Grace St. NW in Georgetown in June.

David Chang’s Momofuku will open in CityCenterDC this summer. Momofuku Milk Bar, headed by pastry chef and fellow northern Virginia native Christina Tosi, will join the restaurant at CityCenterDC. Also, Virginia native Jeremiah Langhorne comes to D.C. from the renowned McCrady’s Restaurant in Charleston, S.C., to open The Dabney at 1222 9th St. NW this summer. It will center around a wood-fire hearth and focus on ingredients from the Chesapeake Bay and its watershed. The Columbia Room, formerly in The Passenger, will reopen in Blagden Alley above The Dabney at the end of 2015

After 10 years at CityZen, chef Eric Ziebold and his wife Celia Laurent Ziebold will open Kinship at 1015 7th St. NW in Mount Vernon Triangle in September.