The Game of Love as Told by Taylor Swift

Taylor Swift’s new album 1989 is on the market and everyone seems to be loving this new pop transition. The song Blank Space from the album was released a day early after it accidentally leaked on Yahoo this past Monday.

It’s tough being a serial dater, and Taylor breaks it down in her new single “Blank Space”. (Photo: dailymail.co.uk)

Now you might be wondering, what does Taylor Swift have to do with dating and relationships? The answer is EVERYTHING. This girl is living out her 20s to the fullest. How many of us can look back and have a hotter list of ex-boyfriends. Clearly we are doing things wrong, as Taylor lives by the motto “on to the next one.” 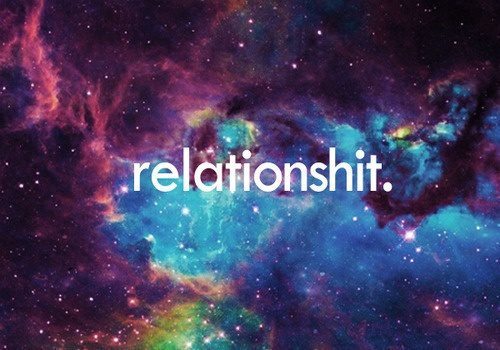 It’s better to single than in a relationshit. (Photo: echoisthename.com)

So this week, embrace Taylor as your love guru. There’s a lot you can learn from Blank Space. Let’s break it down and figure out what’s worth taking from the song and what you should do without. Singles, take note from the serial dater herself.

First impressions are everything

Reality: A good outfit can go a long way, especially if its on a hot bod and a pretty face. I’m sure most of us are guilty of falling for a pretty boy who’s a secret asshole. But Taylor should know you can say no to a pretty face, it’s just harder to say no to that tanned six pack.

Love is a game, and everyone loves a player

Reality: Dating is supposed to be fun, so don’t take it too seriously. Yeah, maybe Taylor can slow it down a bit, but at least she’s living with no regrets. However, Taylor is wrong is in believing a player is winner. Avoid the players, they mess up the game for everyone else. If you’re the player, just stop, it’s not cute.

Everyone thinks they can change a bad boy

Reality: You probably can’t, but screw it you’re single. If you really have free time to invest in a bad boy, go for it. Who knows, maybe you’ll be the one to change him, but don’t hold your breathe. As the great saying goes, “Ain’t no body got time for that.”

Jealousy is the green eyed devil

Reality: A challenge is fun and can keep things fun in life, but you’re playing with fire if you enjoy getting off on jealousy. Too much jealousy can ruin a relationship, so don’t make dating any harder than it already is. Unnecessary drama is the worse.

There’s plenty of fish in the sea

Reality: On to the next one. Let your exes call you names, they’re just mad you already have better looking man candy. So let the haters hate, you can’t help it that you’re hot and want to flaunt it.

So whether you’re a fan or a hater, everyone can admit the Blank Space music video is a serial dating masterpiece. If you love monogamy, you do you, but don’t be a hater on the singles out there who are just trying to have fun with no regrets. Next time don’t be afraid to slip your number to that stud at the bar, and go on with your bad self.