The number of infants who die each year from Sudden Infant Death Syndrome (SIDS) has decreased in recent decades as awareness of safe sleeping habits has increased. Yet each year, babies still die from sudden, unexplained causes.

Most parents know that it’s best for infants to sleep on their backs, rather than on their sides or bellies. But other caregivers may not — especially if they raised their children in a time when there was less awareness about safe sleeping habits. 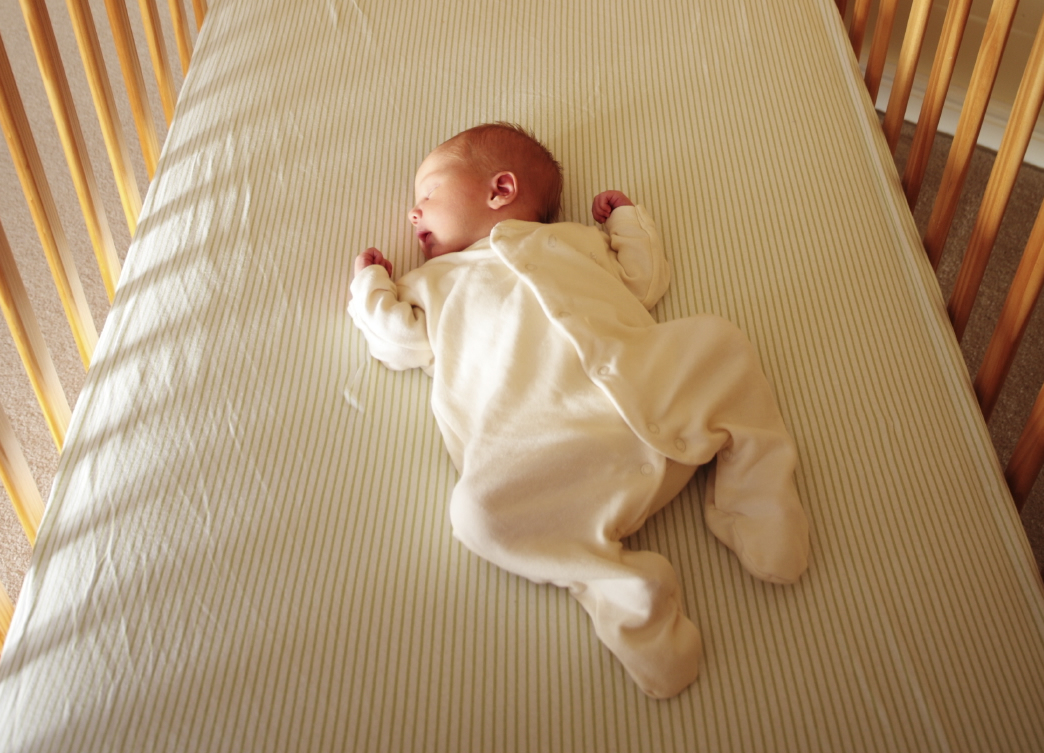 Healthcare professionals say it’s best for infants to sleep on their backs, rather than on their sides or bellies. (Photo: Natural to the Core)

Leigh Brown, a health educator at Penn State Hershey Children’s Hospital’s Pediatric Trauma Injury Prevention Program, says a baby’s sleeping environment during the first year of life is one of the biggest factors in sleep-related causes of death. Although there is no way to completely prevent SIDS, there are some tips parents and caregivers can follow to reduce their baby’s risk.

“It’s confusing for parents because in the media you see these cribs that look all cute and soft and comfortable, when all you really need is a mattress with a tight-fitting sheet,” she says. Items such as crib bumpers, extra bedding, stuffed animals and loose sheets and blankets can cause suffocation for infants who aren’t yet able to roll or extract themselves from dangerous situations.

“People have the misconception that babies are freezing, but overheating them is a risk factor as well,” Brown says. “If you are comfortable in your house, they probably are as well.” If you must use a blanket with an infant, she suggests tucking it in tightly along the sides and bottom of the crib and no higher than the infant’s armpit so it doesn’t get near the face. 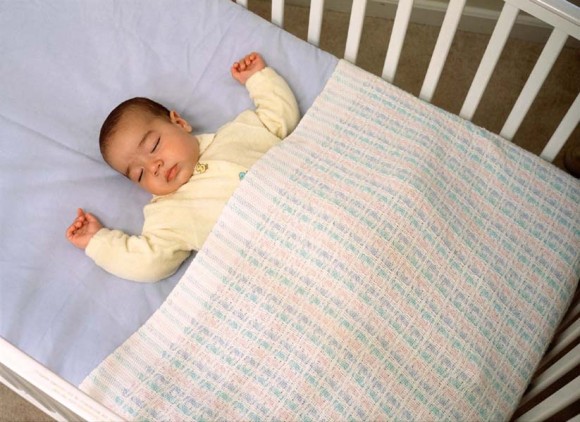 If you must use a blanket with an infant, tuck it in tightly along the sides and bottom of the crib and no higher than the baby’s armpits. (Photo: Private Health Visitor)

Brown says parents shouldn’t spend their money on items such as sleep positioners, which claim to reduce the risk of SIDS or create a safe environment. “Those items haven’t proven to be safe,” she says. Nor do parents need to worry about the infant rolling from back to side or belly during sleep. If the child is able to roll, he or she is likely able to avoid suffocation.

Many sleep-related deaths occur when parents practice bed sharing — placing the baby between the parents in a regular bed. If parents want their baby to be nearby, it’s best to practice room sharing instead by placing the baby in a separate crib or cradle near but not in the adult bed.

Exposure to secondhand smoke on an adult’s clothing or in the home environment can also increase the chances of a SIDS death.

For more information, check out the National Institute of Child Health and Human Development’s Safe to Sleep public education campaign at www.nichd.nih.gov/sts/Pages/default.aspx or the Centers for Disease Control & Prevention at www.cdc.gov/sids.