The Illness Behind the Ice Bucket Challenge

The ice-bucket challenge that was all over social media a few weeks ago raised about $100 million for ALS, a devastating, fatal motor neuron disease. But how much do those who participated and donated really know about the condition, diagnosis and treatment? 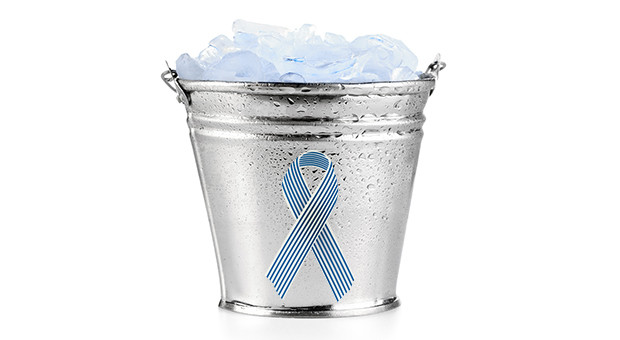 The Ice Bucket Challenge helped raise about $100 million for ALS, but what is it? (Photo: Penn State)

“The challenge was important in terms of the awareness and money it has raised,” said Dr. Zachary Simmons, professor of neurology and director of the Penn State Hershey ALS Center. “In my experience most individuals understand it is a bad disease, but they don’t know much more than that.”

Amyotrophic lateral sclerosis, also known as Lou Gehrig’s disease for the famous baseball player who died from it, is a condition that causes loss of voluntary muscle strength, causing weakness in the arms and legs, and creating difficulty with speech and swallowing.

While the number of diagnoses hasn’t changed much since the disease was first identified in 1869, the amount of research has progressively increased. The challenge is that scientists still don’t know what causes the condition.

“We know that certain processes don’t work right, but we don’t know why that is or what is the initial trigger,” Simmons said. “Until we know that, it is going to be very difficult to identify treatments.”

The only drug approved for treating ALS is riluzole, which prolongs the life span of affected individuals for three months on average. “We don’t really know whether it is effective in everyone who takes it,” Simmons said. “We know it can’t stop the disease in its tracks or reverse it.”

The first symptoms of ALS usually include asymmetric weakness in the limbs — a weak hand, a foot drop, an arm that can’t be raised. In about a third of patients, slurred speech or difficulty swallowing is the first sign.

Because the symptoms of ALS look much the same as symptoms of more common diseases, it often takes about a year from the onset of symptoms until medical professionals can make a definitive diagnosis.

“There is no one specific test for it,” Simmons said. “A diagnosis is made by combining a number of different factors — history, a physical exam, electromyography and nerve conduction studies — with blood tests, MRIs and sometimes muscle biopsies and spinal taps to rule out other conditions.”

The average life span for someone with ALS is two or three years after the first onset of symptoms. After five years, the survival rate is 20 percent. “It is devastating because it involves progressive loss of movement and paralysis,” Simmons said.

Before death, those affected often lose the ability to speak and swallow. The cause of death is usually respiratory failure. Simmons said, “It poses enormous challenges for those affected and the people caring for them, and we have no effective medical treatments.”

In some of those affected, the disease appears to have a genetic component. The Penn State Hershey Institute for Personalized Medicine is collecting saliva samples from ALS patients and as many family members as possible to better understand how mutations in some genes can lead to the death of motor neurons.

Simmons said people are always asking whether stem cell research can help. Trials are underway at a handful of places around the country to determine the safety of such treatments and to determine the proper dosages. He said no one knows yet whether a cure will result: “The hope is if you introduce stem cells and they develop into healthy motor neurons, or if they provide a healthier environment for existing motor neurons, we might be able to change the natural history of the disease.”