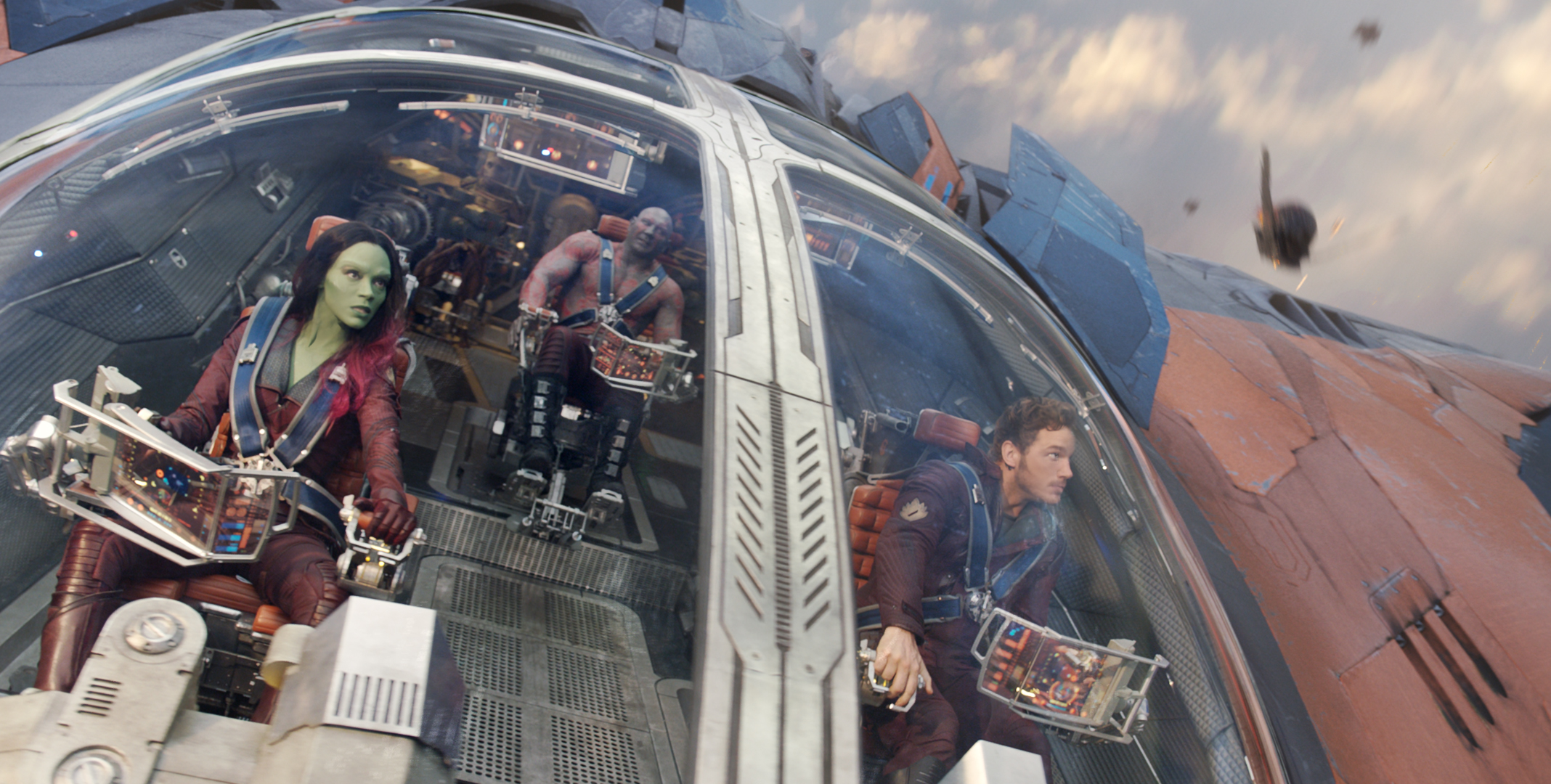 Guardians of the Galaxy zoomed back into first place after two weeks in second. (Photo: Marvel)

After leading the box office each of the previous two weekends, Teenage Mutant Ninja Turtles fell to second with $16.73 million. Paramount Pictures’ successful franchise re-launch was down a solid 41 percent from the previous weekend. Teenage Mutant Ninja Turtles continues to exceed expectations in a big way with $145.54 million through 17 days of release. The film will pass the $150 million domestic mark within the next week and should continue to further stabilize next weekend with help from the Labor Day holiday.

Warner Bros. Studios’ If I Stay debuted in third with $15.68 million. The low-budget drama starring Chloë Grace Moretz opened on the low end of pre-release expectations and performed fairly well with its cost in mind. If I Stay opened slightly below the $16.10 million debut of last year’s Carrie, which also starred Moretz. Due in part to its different genre and in part to the limited amount of new wide releases over the next few weeks, If I Stay hopes to hold up better going forward than Carrie did.

Let’s Be Cops followed in fourth with $10.81 million. 20th Century Fox’s low-budget action-comedy held up well in its second weekend, as it was down 39 percent from its opening weekend. Let’s Be Cops has grossed $45.06 million in 12 days, in line with the lower end of expectations. Let’s Be Cops will likely continue to hold up well going forward thanks in part to no new comedies entering the marketplace the next few weeks.

Sony Pictures’ When the Game Stands Tall rounded out the weekend’s top five with $8.38 million. The low-budget drama from TriStar and Affirm Films opened just below pre-release expectations.

Meanwhile, fellow new release Sin City: A Dame to Kill For stumbled out the gate last weekend with a disappointing eighth place start of $6.32 million. The graphic novel adaptation sequel from The Weinstein Co. opened well below all expectations and a massive 78 percent below the $29.12 million start of 2005’s Sin City, which didn’t the advantage of higher priced 3D admissions. Unlike 300: Rise of an Empire earlier this year, Sin City: A Dame to Kill For was unable to overcome the long gap in time between it and its predecessor.