The sixth annual D.C. Beer Week has officially begun. With festivities beginning this past weekend, I thought it would be perfect to timing to scope out Dupont’s newly-opened bier hall, Sauf Haus Bier Hall at 216 18th St. NW. 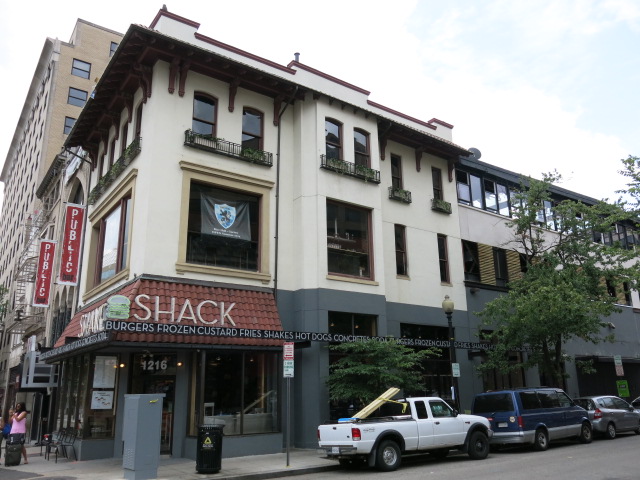 I can’t claim to be a beer aficionado by any means, but I do consider myself a pro at drinking outdoors with friends. With a new rooftop to explore, I rounded up the troops and after a morning of brunching, we marched over to Dupont, excited to spend the sunny afternoon checking out the neighborhood’s newest watering hole.

Located above Shake Shack in the former Guitar Shop space, Sauf Haus makes you earn your beer. After climbing up a long flight and a half of stairs, we arrived at a rooftop packed to the gills. Bar stools, tables, chairs … all were taken. We should have known better. We decided the best plan of action was to divide and conquer. Half of the group sidled up to the bar for drinks while the other half fanned out to find seats at the communal tables. 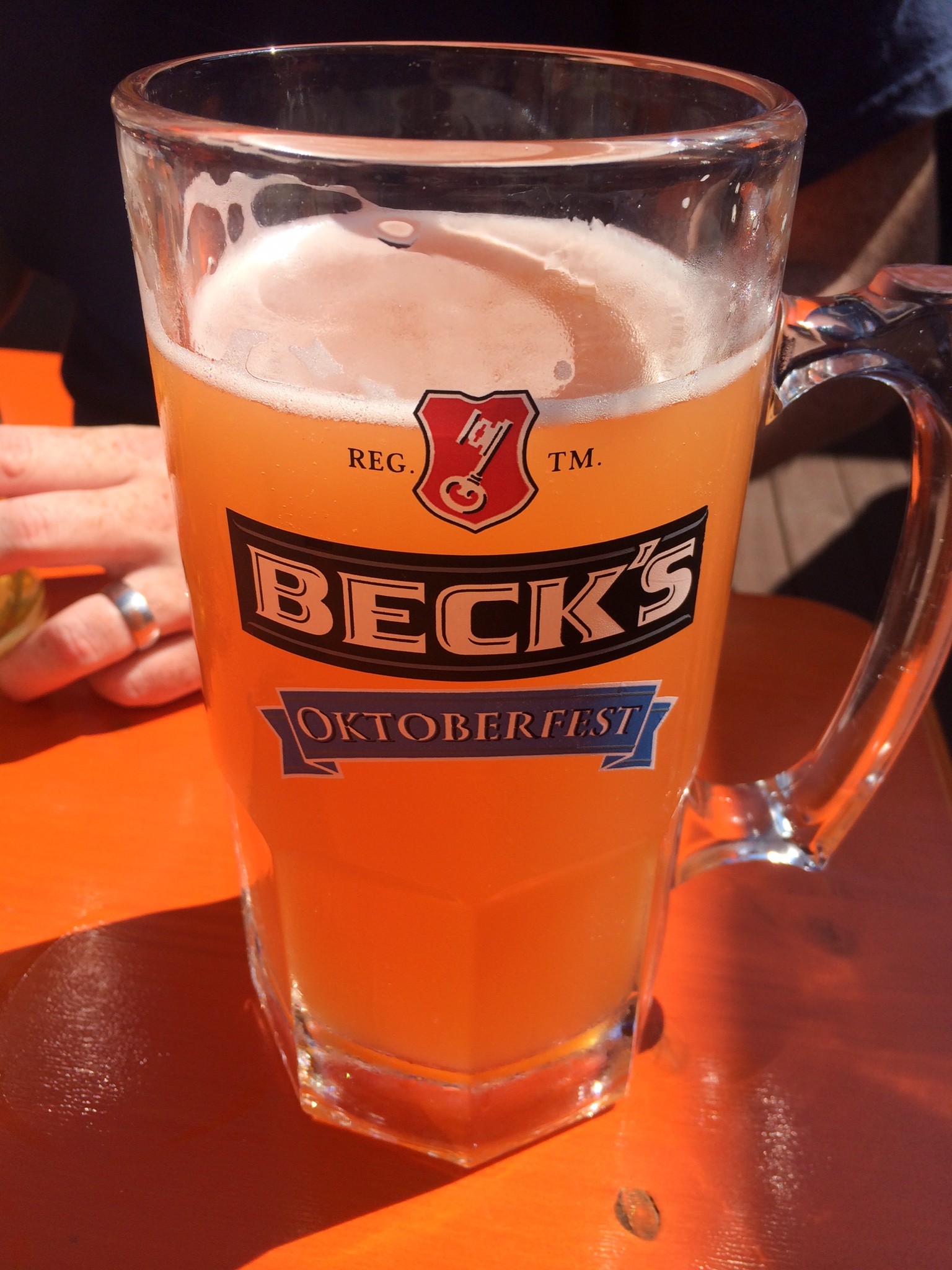 A liter of Schöfferhofer Grapefruit (Photo: Lanna Nguyen/DC on Heels)

With the help of some newly-made friends, we overtook a table as another group was getting ready to leave. It involved a lot of elbows, shimmying through cramped aisles and will power, but we got our table. A solid 10 minutes passed before the beers arrived, and when I finally got my liter of Schöfferhofer Grapefruit, I guzzled it like nobody’s business. It was refreshing, but a tad on the sweet side. Think Fresca soda with a little zip to it. If that’s not your cup of tea, don’t worry, they’ve got you covered with 15 other German beers on tap and a smaller beer list which includes domestic cans.

If you’re a fan of super-sized food and beverages, this is the place for you. They serve up liter and half-liter pours as well as pretzels the size of tires. I’m not kidding: 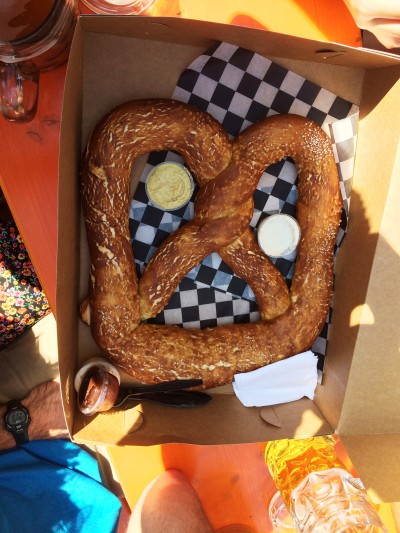 One of the guys at the table ordered this two pound behemoth to share. When it arrived, all we could do was stare. Unfortunately, like some things in life, size does not guarantee quality. I tore off a chunk and found it to be very dense and dry. Despite the assortment of dipping sauces (cheese, ranch, chocolate and mustard) the consistency was just unappetizing. Next time, we’ll try our luck with the brats and franks.

Screens mounted to the back of the bar were showing soccer games and other sports, although we wished there had also been music playing on the rooftop.

Overall, we had a good time and made some new friends while enjoying the awesome weather. Tip: This place is hoppin’ (pun intended) on the weekends. Come early and with a game plan lest you find yourself in that unenviable position of scanning and craning your neck awkwardly waiting for people to vacate their seats. Sauf Haus does have an indoor bar area, but let’s be real, that defeats the purpose because you’d just be sitting inside, drinking beer at a bar.

A native of Northern Virginia, Lanna is a full-time marketing professional. Outside her cube, she can be found roaming D.C. for the perfect brunch spots, discovering new restaurants and trying to recreate all of her mom's recipes. When she's not out finding new ways to expand her waistline, you can catch her at her favorite spin studio attempting to offset her foodie appetite.

A native of Northern Virginia, Lanna is a full-time marketing professional. Outside her cube, she can be found roaming D.C. for the perfect brunch spots, discovering new restaurants and trying to recreate all of her mom's recipes. When she's not out finding new ways to expand her waistline, you can catch her at her favorite spin studio attempting to offset her foodie appetite.
More posts by the Author »