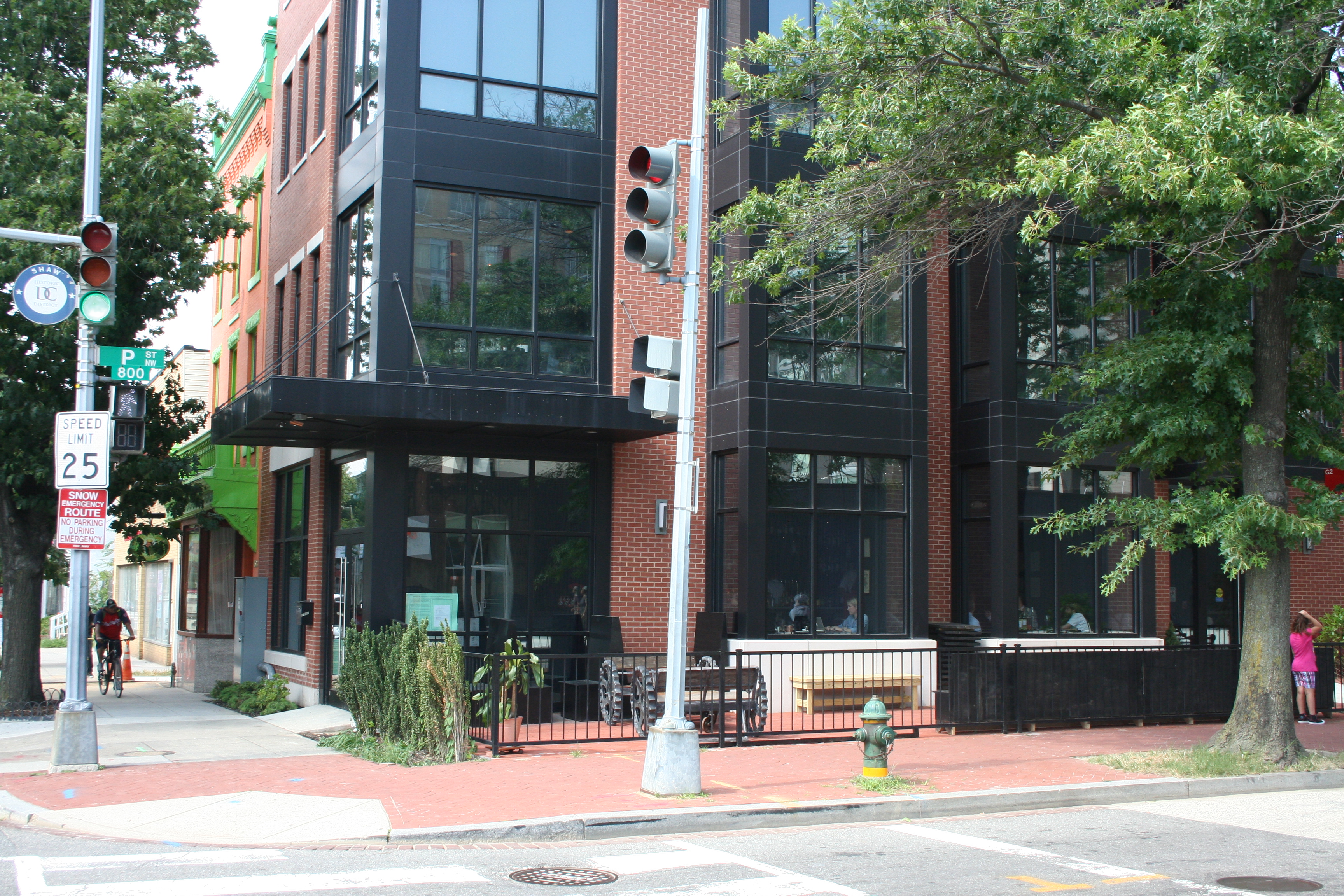 Chaplin is a nod to Sir Charles Spencer “Charlie” Chaplin, the English actor, comedian and filmmaker who starred in silent movies. Chaplin is serving up Asian-inspired cuisine that will take diners on a journey to Japan and Shanghai in the 1920s, when silent films were appreciated globally for embracing and unifying separation through emotion, expression, comedy, originality, risk, sorrow and entertainment.

Why did the brothers, who are known for their drink programs at several local restaurants, decide to open a restaurant? “It’s a perfect parallel for us. Cocktails are more popular these days,” Micah Wilder told DC on Heels. “We’ve always wanted to own a cocktail bar.”

Micah Wilder moved from San Francisco to join his brother in D.C. several years ago. “We fell into consulting with large restaurant groups, making mixers and selling to restaurants,” he said. “We decided to open our own place and carry our own stuff.”

But how do Chaplin and Asian cuisine mesh? “Chaplin has huge appeal,” executive chef Jeremy Cooke told DC on Heels. “Since his movies were silent, they appealed to everyone. His movies translate everywhere. That’s what we want our food to do.”

Plus, Cooke added, Mandalay, the Burmese restaurant that was previously in the space, left behind its huge wok system. And, Cooke has extensive experience making handmade dumplings and noodles.

His expertise working flour got underway in at Rex Restaurant where chef David Maplethorpe taught him to bake bread and make fresh pasta. Later while studying at the Orlando Culinary Academy, Cooke met Hari Pulapaka, the James Beard Foundation nominated chef at Cress Restaurant, who taught him the art of dumpling making. After graduation, Cooke eventually returned to D.C. where he worked for Roberto Donna at Galileo, Argonaut Tavern, Elisir, Siroc and briefly with Erik Brenuer-Yang of Toki Underground, where his love of ramen was solidified. 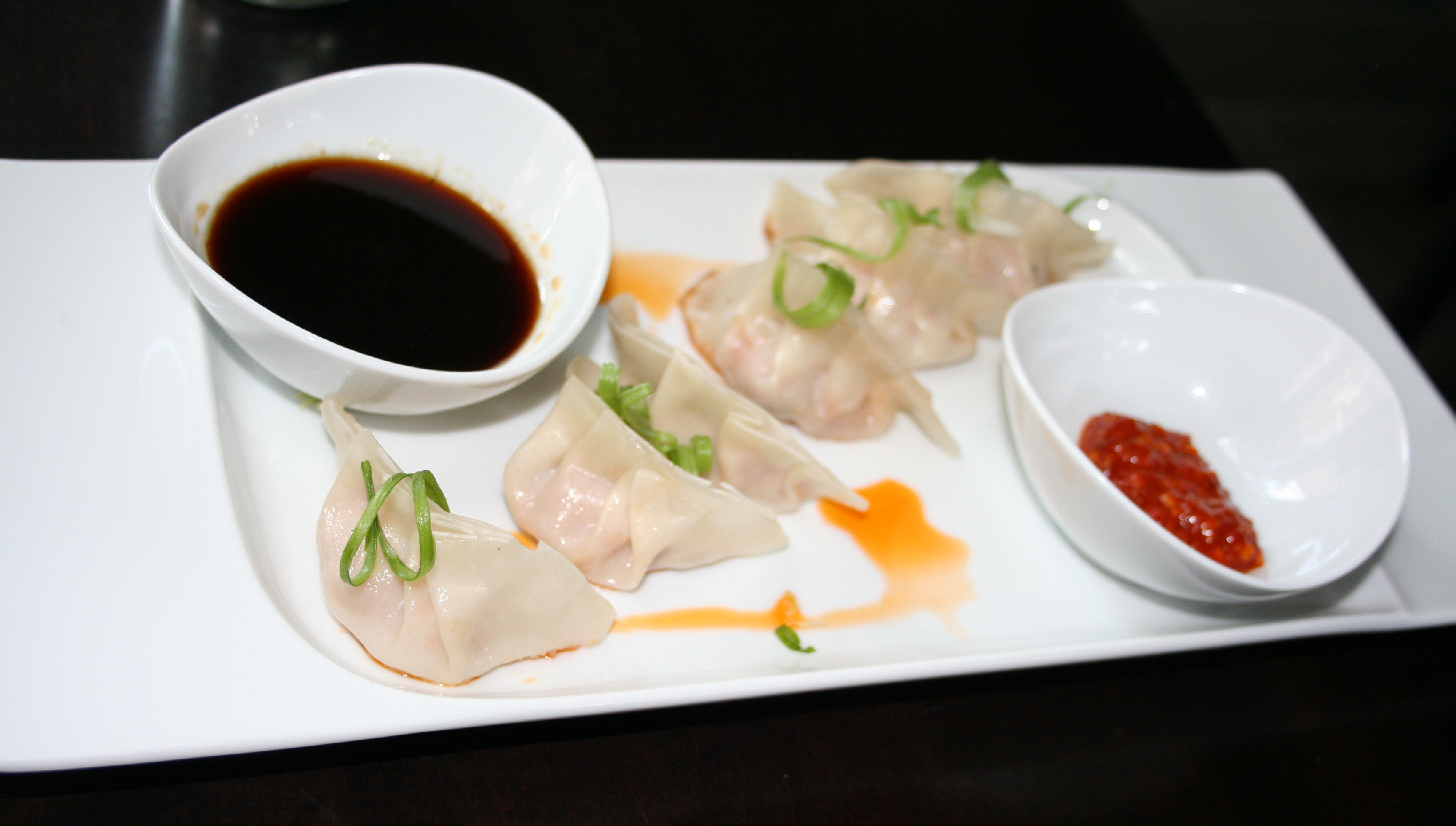 The opening menu combines the Wilder brothers’ love of spirits and Cooke’s skill creating handmade noodles, dumplings, ramen and family-style roasts. For those over 21, Chaplin’s menu includes “drunken” dumplings. Among the adult dumplings are drunken dumpling shooters (3 for $9) — a dumpling sinking in alcohol, meant to be simultaneously drank and eaten like an oyster shooter — including the Whiskey-a-Go-Go, a hot pork dumpling in Japanese whiskey and a cold lemon emulsion; the Blood & Sand, a hot beef dumpling in Japanese scotch whiskey, cherry brandy and orange peel; and the Cold War, a cold shrimp dumpling in Old Tom gin, Pimms, ginger, cucumber and lemon.

More traditional drunken dumplings, priced at $12 per order, include the Night & Day made with dry aged-N.Y. strip steak soaked in Yamizake 12-year-old scotch, ground and mixed with roasted shitake, porcini and oyster mushrooms lightly marinated in roasted garlic, fresh scallions and ginger with a hint of mirin and shoyu; the Swine & Wine made with ground pork marinated in ginger, garlic and scallion tossed in shoyu and mirin; and Smoke Stacks made with ground chicken, green curry, coconut milk, lemongrass, ginger and cilantro Pechuga-Mezcal and Rothman peach liqueur. Non-alcoholic dumplings, which cost $8 per serving, include beef and mushroom, pork and ginger, spicy vegetable and basmati rice, crab and sausage and chicken. 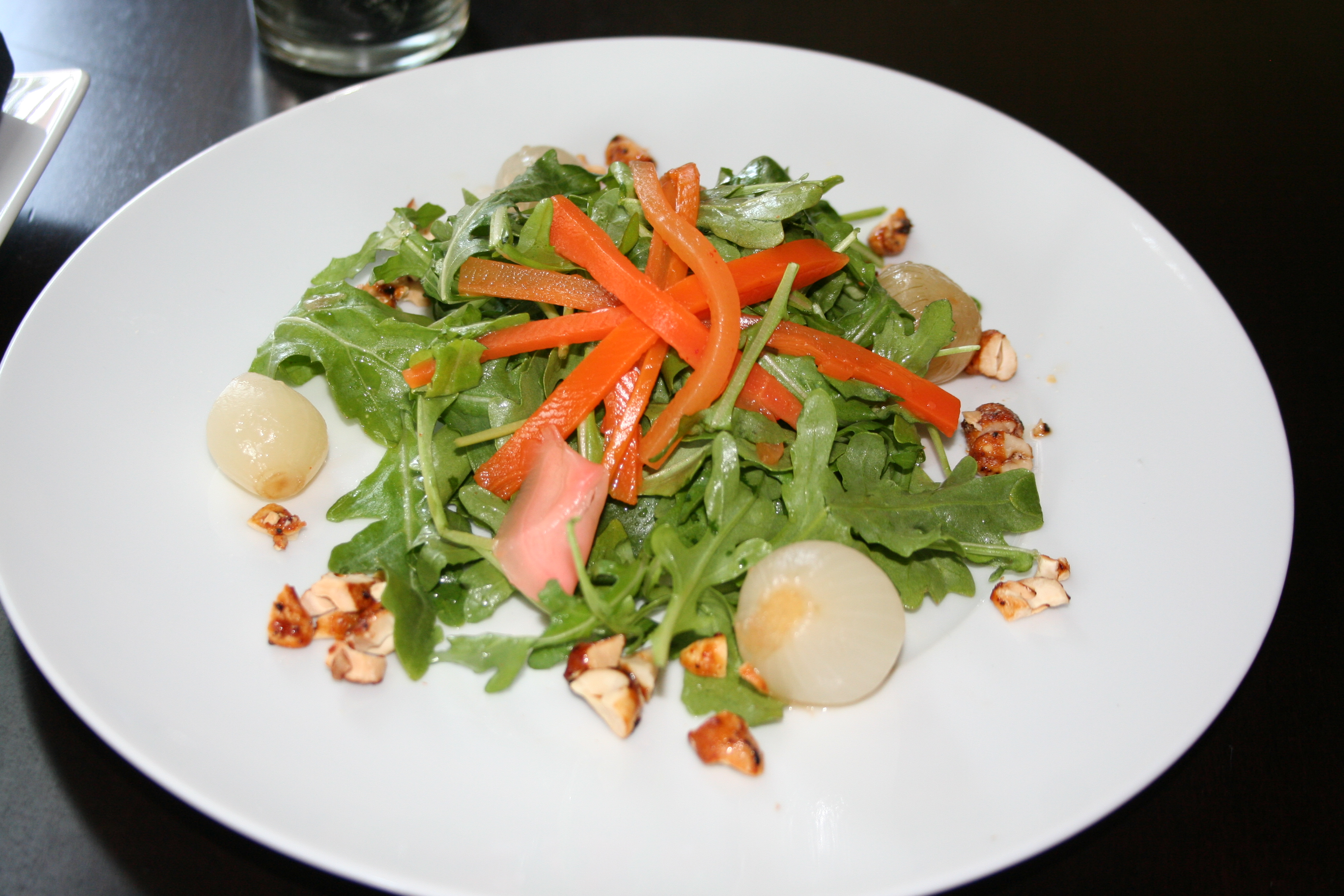 The pickled salad at Chaplin’s is made with house-made spicy white pearl onions, sweet pickled ginger and sweet pickles on local arugula with a house-made sweet vinegar. (Photo: Mark Heckathorn/DC on Heels) 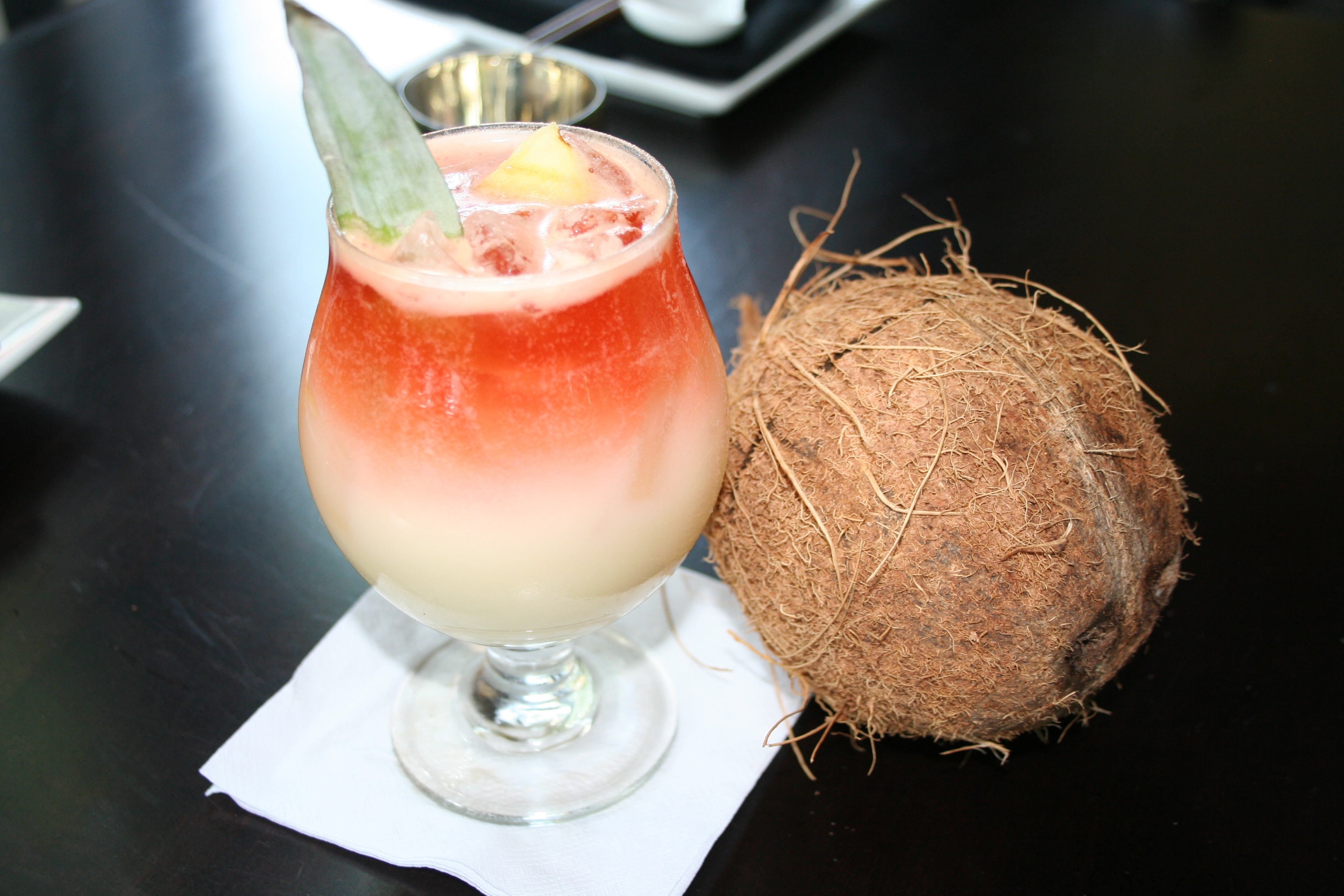 At the downstairs “piano” bar the Wilder brothers, who also co-own the 1940s era Red Light Cocktails and Dessert Bar on 14th Street NW, have come up with cocktails influenced and named after Chaplin’s films. Drinks include the Gold Rush made with champagne, Montenegro amaro, peach liqueur, peach bitters and golden flake; The Tramp made with bourbon, Bénédictine, Peychaud’s bitters and burned orange peel oil; The Vagabond made with Tom Cat gin, Pimms, blanc vermouth, cucumber water, lemon, ginger beer and mint bitters; the Lime Light made with gin, Calvados apple brandy, lime, watermelon and pickled pineapple; the Sunny Side made with Silver rum, Kalani coconut rum, Senior Orange curaceo, pressed pineapple, lime juice and a dark rum float; and the Laughing Gas made with Blue Coat gin, blackberry liqueur and blackberry-lemon laughing gas soda, which is made combining helium and house-made soda. Cocktails are $10 each.

Maggie O’Neill of SwatchRoom designed Chaplin’s décor with a glass enclosed piano in the downstairs piano bar, a hand painted mural of Chaplin on the wall of the downstairs dining room, dark wood tables, black chairs and bankettes and lights made from old-fashioned theater lighting. Upstairs, flickering black-and-white Chaplin films will be shown on one wall above the steps while 20s-era sheet music covers another wall. The upstairs dining room features antiquated textures and artifacts from film and entertainment. Bold accents of gold and reds can be found throughout the space leading to the private “Opium Den,” which will have a separate drink menu featuring drinks named Opiate 1 through 7.

Currently, the 28-seat downstairs dining room and seven-seat bar are open 4 p.m.-midnight Monday through Thursday, from 4 p.m.-1 a.m. Friday, noon-1 a.m. Saturday and noon-midnight Sunday. The 80-seat outdoor patio will open in late July and the 55-seat second floor dining room and Opiate Den will open in mid- to late-August.