Inspired by the Roaring Twenties

With the conclusion of season four of Downton Abbey earlier this week, I was nearly left bereft of my weekly dose of 1920s fashion and beauty. Not to worry, though; I’m currently captivated by the Australian TV series Miss Fisher’s Murder Mysteries. Its chic, pearl-handled revolver-toting, protagonist is the embodiment of Jazz Age glamour. 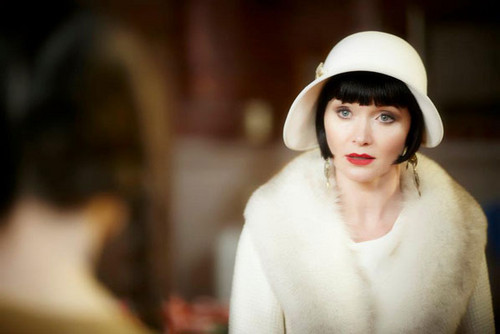 The 1920s look is enjoying a revival; the unflagging popularity of Downton Abbey and last year’s lavish film production of The Great Gatsby have strongly influenced popular culture. In fashion, opera-length gloves, cloche hats and dresses with the distinctive drop-waist silhouette are all the rage. Equally popular are Downton Abbey inspired parties, for which vintage attire, hair and makeup are de rigueur.

However, don’t wait for season five of Downton Abbey to revisit the 1920s — why not incorporate some elements of the fabulous Roaring Twenties into your everyday look?

In the decades preceding the 1920s, no respectable woman would be seen publicly applying lipstick (only the Belle Époque’s grandes horizontales would be so brazen). Jazz Age ladies discarded their corsets along with earlier eras’ disapproval of lipstick with great enthusiasm. 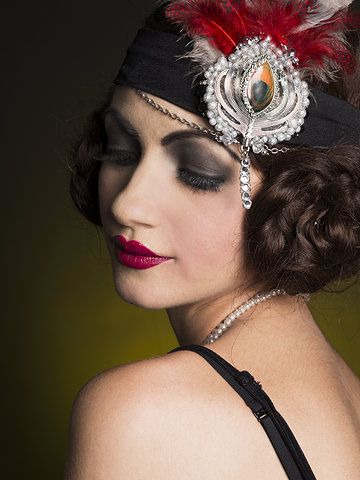 To create a perfect 1920s pout, outline your lips to emphasize the Cupid’s bow and fill in with rich red or deep wine lipstick. Try Besame’s Besame Red— a true, cool-toned semi-matte red in a luxurious vintage-looking tube. I can see Miss Phryne Fisher carrying this in her handbag, along with the aforementioned pearl-handled revolver.

Create a flawless-looking complexion with Giorgio Armani Luminous Silk Foundation followed by a dusting of powder. Blush should be applied to the apples of the cheeks and lightly blended — I prefer using cream blush to get the right effect. Shade the eyes with subtle gray and brown shadows for day, enhanced with gold or green highlights for evening. And don’t forget mascara, which was actually invented in the 1920s.

I’m enamored of Miss Fisher’s crisp bob, which looks superb with a cloche and Art Deco-style drop earrings. It’s also great if you’re hopelessly inept at styling your own hair, like me. If you have longer hair, you can create a modern take on finger curls, i.e. looser, more tousled; in short, an effortlessly chic look that will take you from day to evening. 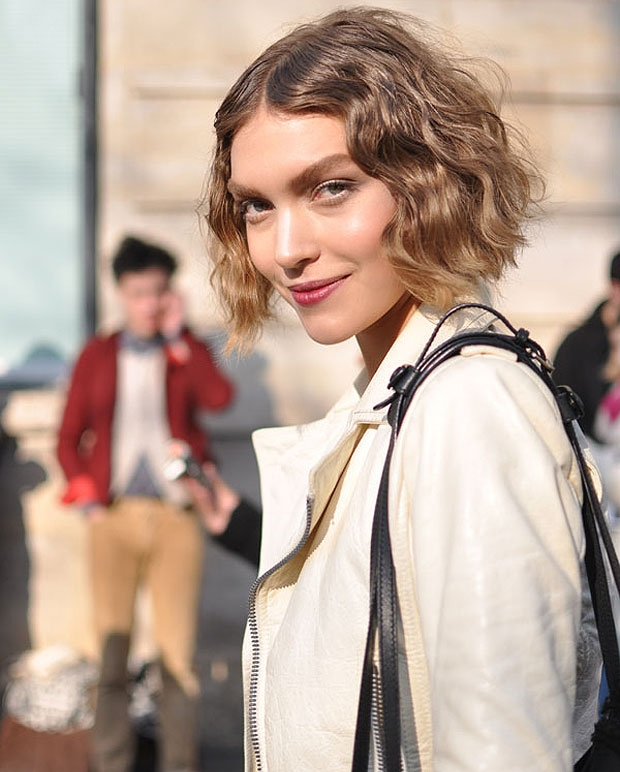 Some of the great perfumes that were launched in the 1920s or even earlier are still in production. The most famous of these, of course, is Chanel No. 5, the scent created in 1921 by Ernest Beaux for Coco Chanel. Its high concentration of synthetic notes — aldehydes — was revolutionary at the time and gives it a distinctive sparkle that contrasts with its creamy jasmine top notes. 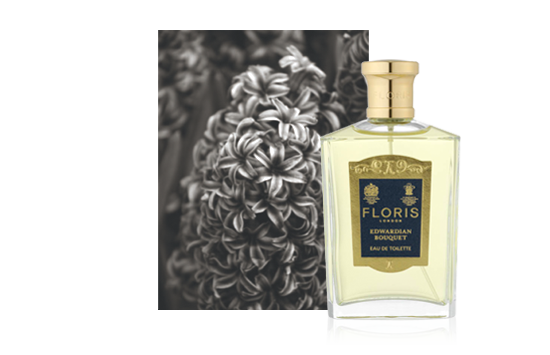 Chypres, such as Guerlain’s Mitsouko (created in 1919) or Edwardian Bouquet by Floris (1901) were also favored by the flapper generation. With their dry oak moss base note, Chypres may take modern sensibilities by surprise, but these perfumes have a complexity and richness that present-day scents are often lacking. Wearing a classic vintage scent will give you that final ineffable touch to your ensemble. I urge you to try one and see!