Based on the 2009 investigative book by BBC correspondent Martin Sixsmith, The Lost Child of Philomena Lee, Philomena focuses on the efforts of Philomena Lee, mother to a boy conceived out of wedlock — something her Irish-Catholic community didn’t have the highest opinion of — and given away for adoption to a couple from the Washington, D.C. area by the convent in which she was forced to live. In following church doctrine, she was forced to sign a contract that wouldn’t allow for any sort of inquiry into the son’s whereabouts. After starting a family years later in England and, for the most part, moving on with her life, Lee meets Sixsmith, a BBC reporter with whom she decides to discover her long-lost son. 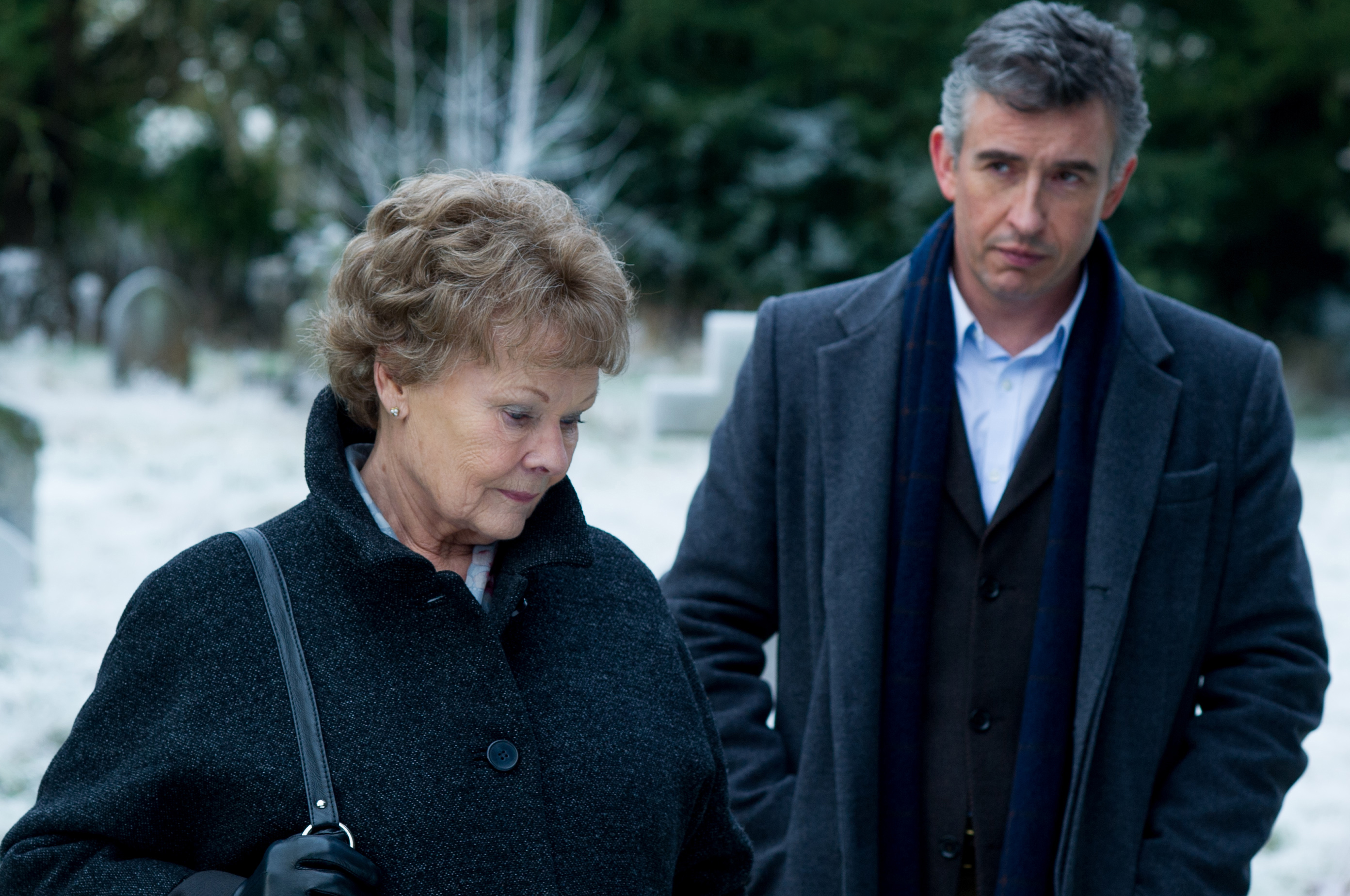 Philomena is the true story of one mother’s search for her lost son. Falling pregnant as a teenager in Ireland in 1952, Philomena’s (Judi Dench) family abandoned her out of shame and sent her to a convent in Roscrea, County Tipperary where, along with other young girls in the same predicament, she was regarded as “a fallen woman.”

In compensation for the nuns taking her in and looking after her during childbirth, she was made to work in the laundry there and only allowed to visit her toddler son, Anthony, for an hour a day. When he was only three, Anthony was taken from the convent against her will; the nuns at Roscrea had agreed to sell him for adoption to a Washington, D.C. family. Philomena spent the next 50 years trying in vain trying to find him.

Then she met Martin Sixsmith (Steve Coogan), an ex-BBC foreign correspondent and former director of communications for Tony Blair’s government, who happened to be intrigued by her story. When Philomena tells Martin about her long search for her son, he realizes that her’s is a remarkable story. He arranges for the two of them to visit the United States to find out what happened to Anthony.

The nuns try to block the two from finding Anthony, renamed Michael by his adoptive parents. Years earlier, knowing what they had done was wrong, the nuns burned all the records telling Philomena and Martin all the records — except for the agreement Philomena signed promising not to look for her son — were lost in a fire. Even when Michael, who eventually became a real-life lawyer for administration of Presidents Ronald Reagan and George H.W. Bush, came to the convent looking for his real mother, he was told the same.

Philomena and Martin make an odd couple. She’s a plain speaker and a trusting soul who takes people at face value and keeps her feet planted firmly on the ground. Despite all the injustices she has suffered she still retains her religious faith. In contrast he is sophisticated, highly educated, a man at ease around important people and opulent locations; yet having lost his job in politics and been publicly humiliated, he’s cynical and without religious conviction.

Together they embark on an extraordinary road trip. On the way they learn from each other, see a different point of view, and find reasons for laughter and joy in a quest that is often underpinned by sadness.

The film is a compelling narrative of human love and loss and ultimately celebrates life. It is both funny and sad and concerns two very different people, at different stages of their lives, who help each other and show that there is laughter even in the darkest places. The book on which co-writer (with Jeff Pope) and co-producer (with Gabrielle Tana and Tracey Seaward) Coogan based the script, The Lost Child Of Philomena Lee, was published in 2009. It acted as a catalyst for thousands of adopted Irish children and their “shamed” mothers to come forward to tell their stories. Many are still searching for their lost families. This movie is a real award contender. Rated PG-13. Opens Nov. 22, 2013, in limited release. Opens every where Nov. 27, 2013.