Looking for Something to Do This Weekend?

The federal government shut down is over and the monuments, parks, Smithsonian museums, Capitol Visitor Center and, after 17 days, the National Zoo are all open again. The staff of the zoo, which reopens a day later than everything else on Friday, will be at the front gate today to welcome visitors back. And, as a token of their thanks, the zoo is offering a 10 percent discount through Oct. 20 on all food and merchandise. And, everyone 18 and younger can ride the carousel for free. But, there are other things going on in the DMV this weekend (Oct. 18-20) as well. 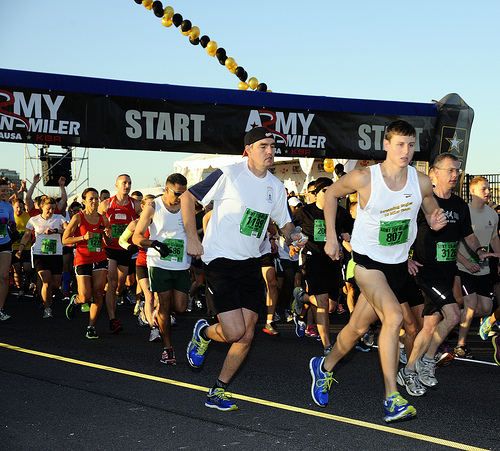 The 29th Army Ten-Miler will begin and end at the Pentagon and run through the nation’s capitol. There will be 35,000 runners and 689 teams this year. The race is part of the ATM Race Expo presented being held Friday and Saturday at the D.C. Armory. It features 85 health/fitness and military organization exhibitors showcasing their products and seminars. Racers will begin lining up at the Pentagon at 7:50 a.m. Spectator locations are on the east side of Memorial Bridge, the Kennedy Center, the finish line at the Pentagon and 14th and Independence Avenue. However, the race does mean road closures. Route 110 (all lanes) will be closed from 5:30 a.m.-1:30 p.m. Beginning at 7:30 a.m. the following roads will close and open on a rolling schedule: Arlington Memorial Bridge, Constitution Avenue between 23rd and 18th Streets, Virginia Avenue (all lanes), Rock Creek Parkway south of Virginia Avenue, west bound lanes of Independence Avenue from Ohio Drive to 14th Street SW, 3rd and 4th Streets from Jefferson Drive to Constitution Avenue, 14th Street, south I-395 HOV northbound and I-395 HOV Lane northbound to the Eads Street ramp. Metrorail, however, will open early at 5 a.m. 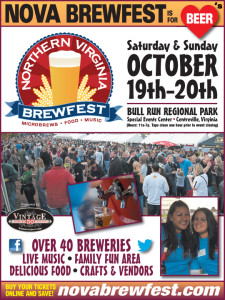 This NOVA Fall Brewfest features more than 40 of the world’s best breweries, delicious food to complement the craft beers, outstanding local and regional bands, as well as artists, crafters and retail vendors for your early holiday shopping! There are new 14 new breweries including international breweries Black Sheep Brewery and Strongbow Ciders from England; Moa Brewing from New Zealand, Brouwerji Roman from Belgium and Brauerei Fruh Am Dom, Brauerei Gebruder Maisel, Kulmbacher Brauerei, Paulaner Brauerei, Unertl Weissbier and Warsteiner Brewery from Germany. New American breweries are B Nektar Meadery from Michigan, Bison Brewing from California, Duel Brewing from New Mexico and Stillwater Artisanal Ales from Maryland. Live music will be provided by Vinyl Rhino, Stephen Heller and According to Plan. 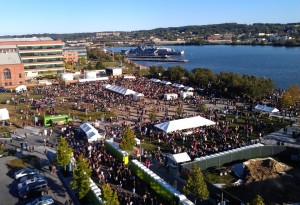 Snallygaster is the fearsome and toothy mythical beast said to terrorize the region in the early 19th Century. Snallygaster is also a celebration of craft beer and a fundraiser for Arcadia Center for Sustainable Food & Agriculture, a nonproﬁt dedicated to creating an equitable and sustainable local food system in the D.C. area. There will be 212 craft beers (see the list here), food, music, entertainment and family fun.

Saturday from 1-6 p.m. at Union Market, 1309 Fifth St. SE. Admission: $10. Beer will cost between five and nine tickets and food between three and six tickets. Tickets cost $1 each. 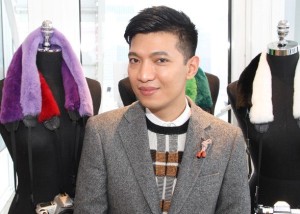 Tysons Galleria‘s 25th anniversary continues this weekend. The mall in Tysons Corner is celebrating all month long, but on Saturday, blogger Bryanboy will present a trend presentation and there will be a Q&A with Pulitzer Prize-winning fashion critic Robin Givhan. A VIP reception will immediately follow.

Saturday from 2-5 p.m. in Center Court at Tysons Galleria. The event free and open to the public. Seating is on a first come, first serve basis. VIP packages are available for $50 and includes reserved seating at the Q&A from 3-4 p.m., a meet-and-greet with Bryanboy from 4-5 p.m., a gift bag, valet parking, refreshments and an entry into a $250 gift card sweepstakes. For tickets, click here.