A Spin on Jewish Honey Cake

The start of Autumn is signified with a few key events: freshly sharpened pencils, new copybooks, turn of the weather (not quite in D.C.), the first pumpkin spice latte, crisper apples and the many fall Jewish holidays.

This year, not being of Jewish descent, I was particularly interested in the Jewish traditions and cuisines during this part of the year, two of which fall in the beginning of September: Rosh Hashanah began on the fourth and Yom Kippur started yesterday, the 13th. I had seen Yom Kippur and Rosh Hashanah greeting cards, and was wondering if these were holidays that also involved gifts. In doing my research on Rosh Hashanah I found that it mostly meant baking. Here’s what I learned:” 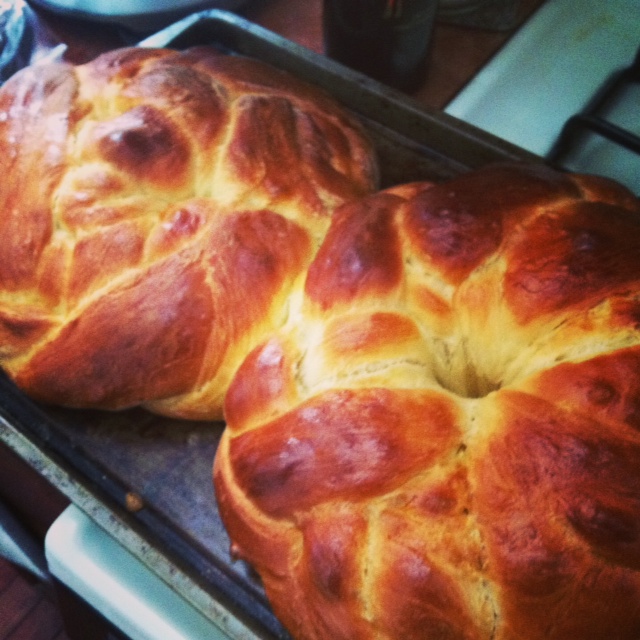 Rosh Hashanah is the celebration of the Jewish new year. Dishes served at Rosh Hashanah traditionally have some sort of significance for the new year to come. For instance, sweeter dishes (such as apples dipped in honey) are meant to bring sweetness into the upcoming year. Pomegranates are also used hoping for as many merits are there are seeds in the pomegranate fruit. Other traditional dishes include braised brisket, round challah, kugels with apple and Kasha Varnishkes (a kasha is a bowtie pasta dish that was actually a lot better than I had anticipated!).

When I was reading about Rosh Hashanah dishes and thinking about which ones I’d like to try out, I was particularly interested in the honey cake, an incredibly sweet dessert made with lots of red wine and honey. As a close Jewish friend of mine told me, “It’s the Jewish version of the Catholic fruit cake, grandma’s traditional terrible dish.” That sounded like a challenge, and I like that.

I started looking around and wasn’t surprised to find that the New York Times had quite a bit to say about Rosh Hashanah. And, of course, some recipes. In her Homecoming for Honey Cake, Melissa Clark shares her personal experience with the honey cake and provides a recipe that is her attempt to break away from this notorious reputation. As one who has never baked honey cake before, I decided to follow her recipe (though I used two smaller pans instead of a bundt pan, which baked for about 40 minutes).

It didn’t start off beautiful… 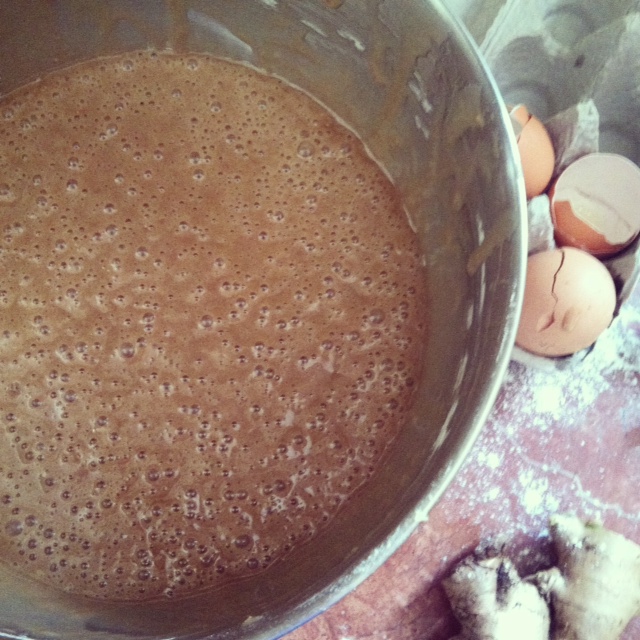 But it baked wonderfully:

I topped mine with plums and confectioner’s sugar, though ate it before snapping a picture of the final product.

I feel that I have the advantage of not having had a “bad” version of honey cake in the past, but this cake was a hit. It felt like the perfect start to fall with its hints of cinnamon and cardamom, and paired perfectly with after dinner red wine as well a great treat with your morning coffee. I wouldn’t change a thing about this recipe and despite its bad rep, I will absolutely be baking this again.

Happy start of fall everyone.