Tribute to the Icons

The Jarmal Harris Project recently paid homage to generations of American icons in its seventh annual fashion presentation, The Tribute: A Fashion Dedication to Icons in Music, Fashion and Film. The runway exhibition hosted top designers like Cesar Galindo (who has dressed celebrities including Madonna, Mary J. Blige and Missy Elliot) who paid their respects to luminaries in the entertainment industry that have impacted fashion worldwide. But maybe more remarkable than the designs gracing the runway were the individual people who made the entire production possible. 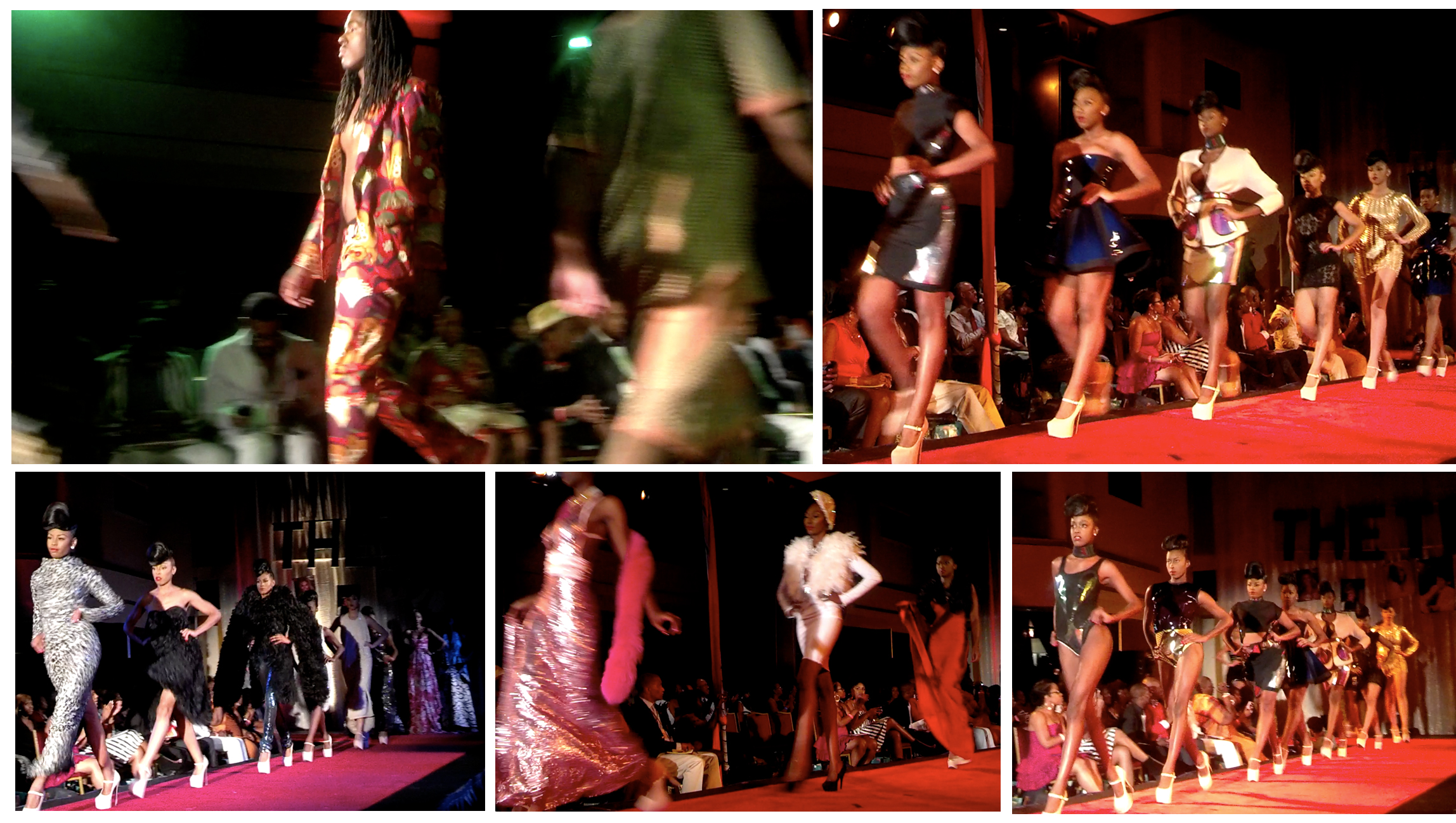 Some of the designs featured on the runway paying tribute to entertainment’s greatest icons. (Liz Parker/DC on Heels)

Held at the Sphynx Ballroom in D.C., this fashion show was definitely luxurious and high-end, professional and tasteful. More than that, it had that energy, that particular element of excitement and magic that can really only come from one source: youth. The entire cast (performers, models, etc.), production team and administrative staff were under the age of 25! And it was incredible!

There were eight designers who were paying tribute to the icons that night, with a mix of women’s fashion and avant garde menswear. I suppose when one thinks of the icons, one automatically thinks of extravagance and over-the-topness. In some sense, this was respected. There were plenty of furs, lots of feathers, gowns, cleavage, animal prints and leather.

My favorite designs from the night were the beautiful sequined gowns designed by Jarmal Harris himself using fabulous diva Diana Ross as his muse. Other notable designs included Bob Marley inspired menswear by Noah Kim. Menswear, for me, usually isn’t particularly fascinating. The designs featured that night, however, included interesting cut outs, colorful patterns, fitted, unique streetwear and amazing jackets. The menswear was edgy and cool, but still slick and sophisticated. 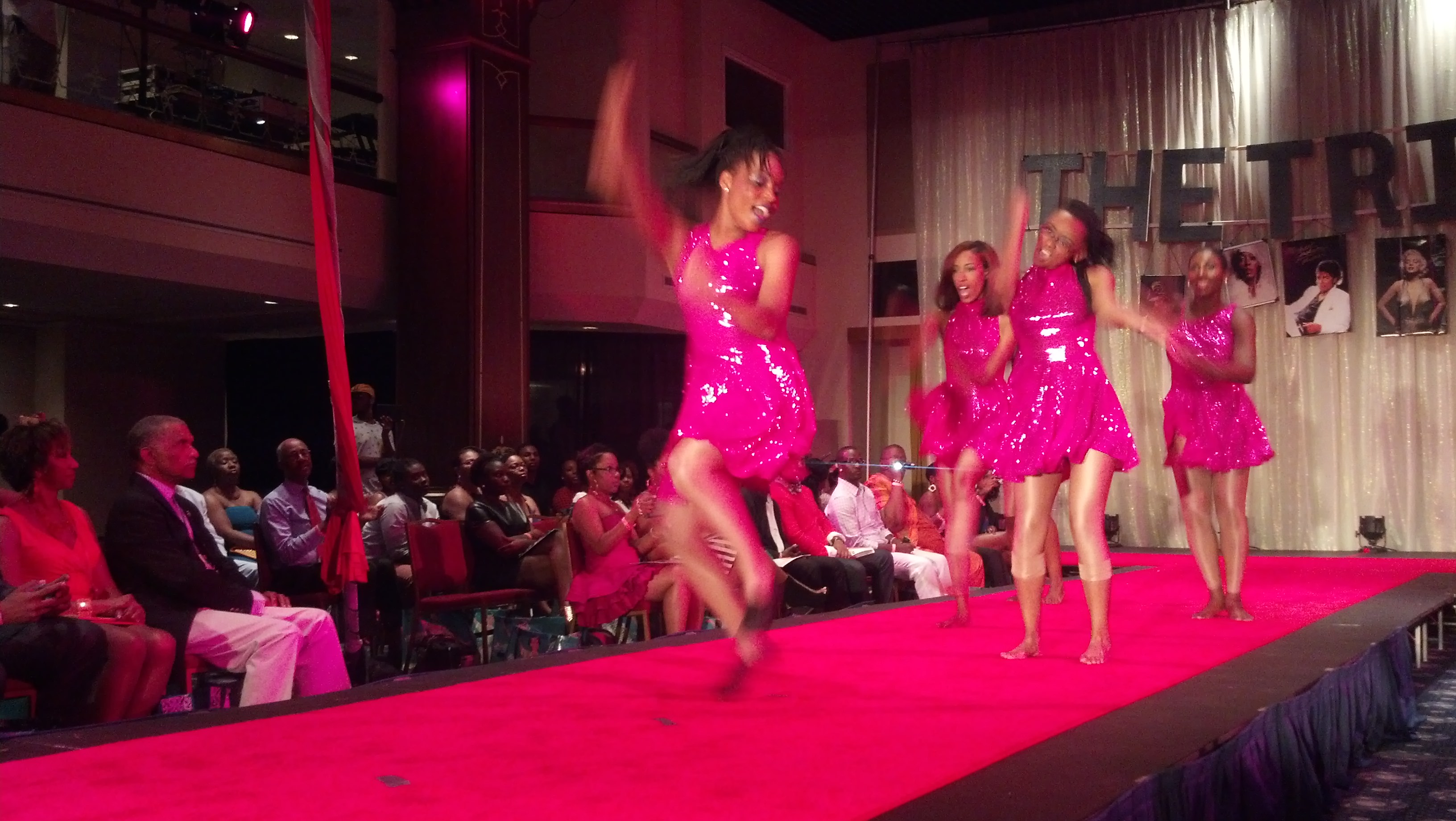 Dancer Interludes paying tribute to iconic entertainers were performed in between designers. (Liz Parker/DC on Heels)

In between designer collections were brief interludes where dancers paid tribute to the icons through movement. There was even an aerial dancer who danced among long silk fabric from the ceiling. The performance of the models themselves, walking down that red catwalk, was perhaps, for me, the best aspect of the night. I’ve been to a few fashion shows in D.C., but never have I seen so much sass and so much grace as in these young women! First, they sashayed, hips swaying, backs straightened and with fierce and gentle faces. In sky-high platform heels, I was nervous watching these long-legged girls strut their way on the runway, convinced that at least one of them would stumble, one of them would fall. But they made it look easy, like this was the way they walked down D.C.’s streets. And I’m still amazed when I think about those girls; so much body, so much beauty.

It was a wonderful night, perfect with professionalism and filled with endless energy. It makes me proud to be in D.C.!

(The Jarmal Harris Project is comprehensive arts group and non-profit organization that provides learning opportunities for youth from Wards 1-8 in Washington, D.C. More than just learning, it aims to satisfy the needs of youth who have diverse abilities, interest and ambitions and to provide them with the tools to help them succeed professionally in contemporary society. The project partnered with the Department of Education Services to provide this unique summer program for D.C. youth.)