Female characters in television have been evolving rapidly in the past decade, with many of the best roles for women showcasing not only the character’s independence, intelligence and resilience, but their flaws and their abilities to persevere, as well. There is something one-dimensional in a character who faces no personal demons. What makes them fascinating to viewers is their efforts to overcome, which also often serve as the source of their courage and fortitude. Here are five characters on TV now who have turned struggles into success.

1. Michonne (Danai Gurira) of The Walking Dead on AMC

If the undead were capable of feeling fear, they would know to avoid Michonne at all costs. On top of having the most zealous hatred of zombies out of all of the characters on The Walking Dead, she also possesses a weapon that has taken out more walkers than any other — her katana. Though she has yet to open up about her life before the dead came back to life, her stoic grimace conveys her strength of mind and ability to persevere the most difficult of travails.

2. Zoe Barnes (Kate Mara) of House of Cards on Netflix

House of Cards was Netflix’s first attempt at creating original programming. Given that its cast includes Kevin Spacey and Robin Wright as a Washington power couple, one would think the show would focus exclusively on their “characters. Once the young journalist Zoe Barnes appears on the screen, however, it is clear this is not going to be case. Zoe’s desire to become one of the most celebrated reporters in D.C. is what drives the plot of the show, and her ability to match Spacey’s character in vindictiveness is one of the reasons why it has been such a success. She may not be the most pleasant character on television, but she is certainly one of the most ambitious. 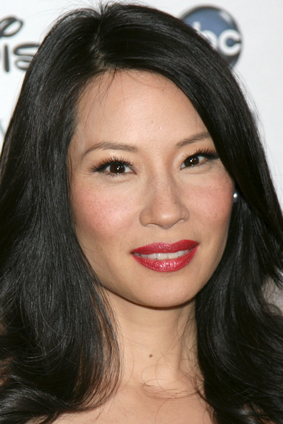 She’s brilliant, fiercely independent and completely nuts, but Carrie Mathison may one of television’s most entertaining characters. Carrie is not what one normally envisions when one thinks of CIA operatives, as she is more of an analyst than someone running cloak and dagger missions. What the show lacks in explosions and action, it more than makes up for with plot twists and character development.

Fans of Arthur Conan Doyle have had to suffer through a myriad of incarnations of the great Sherlock Holmes, but one of the most imaginative, unique and enjoyable versions can be found on CBS’s Elementary. While it may seem a little strange to have a female Watson, her character traits are the same as the Watson of the original Doyle books. It is her strength of mind, sound judgment and intelligence that keep Sherlock from falling apart. These personality features, coupled with her wit, are also what make the show a joy to watch.

5. GJ (Holly Hunter) of Top of the Lake on Sundance & Netflix

Though Top of the Lake is a seven-part miniseries that recently ended, the stellar show will probably gain in popularity on Netflix and Hulu. And while GJ is certainly not the protagonist in this somewhat Lynchian tale of a missing (and pregnant) 12-year-old, she is one of the show’s most memorable characters. Being a soothsaying “zombie” who runs a camp for victims of abuse is just one of the reasons she stands out.

If you would like any of these strong TV women to be a spokeswoman for your company, it may be a bit pricey. But there are many London voiceover artists you can use for a more reasonable price.

Article by Alexandra Jones, a Spinning instructor and grad student.