Guten Tag! I’m told that means ‘Good Day’ in German… and that’s exactly where I’ve been off to in the past few weeks, which is why I haven’t blogged and reached out my DC on Heels friends in a while.

I was awarded a journalism fellowship to cover the art & craft of handmade goods in Germany and it was such a whirlwind of a learning and cultural experience. Before visiting the country I didn’t speak much of any German, but upon boarding my red-eye flight to Deutshland, I quickly picked up on a few things, such as: 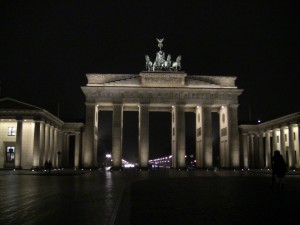 The historic Brandenburg gate in Berlin. It separates the city by East and West and is the former site of the infamous "Berlin Wall." 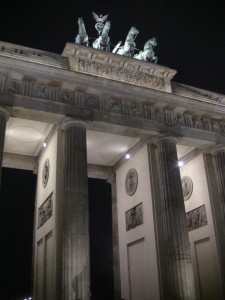 Up Close: before the Berlin Wall was torn down, I am told Americans could not walk through this gate. 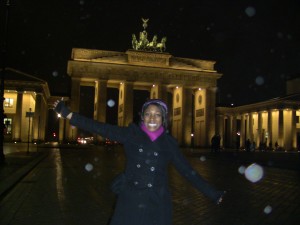 Brandenburg Gate in 2012: I walked through the once forbidden gate as a proud American!

So upon landing in Frankfurt, the first stop on my four city tour, I just “Wassar, bitte and Danke Schoen’d” my way through the rest of the trip. My first stop was Nuremberg, where I visited the world’s oldest sausage restaurant, Zum Guldenen Stern Bratwurstkueche, est. in 1419. 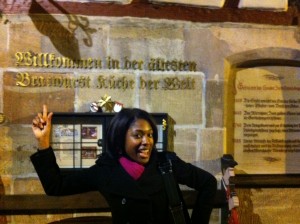 At this place, there were no menus, just a woman dressed in a traditional Bavarian dress who plopped a metal plate of meat in front me. In the U.S. I would have said, “Excuse me!,” but when in Germany… 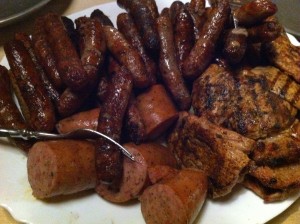 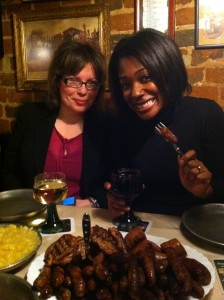 Me and my colleague Mariana from Romania. I must've eaten at least 10 of those little sausages!

…And it was delicious!

The next day I visited the world’s oldest and largest pencil factory, Faber-Castell in Stein, Germany. There I had lunch in the family’s historic castle with Count Anton Wolfgang Graf von Faber-Castell who explained to me that his business has been so successful partly because a pencil is the most inexpensive educational tool in modern society.

Freshly made pencils in Faber-Castell flagship factory in Stein, Germany. 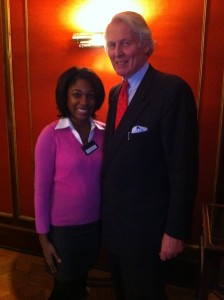 Markette and Count Anton Wolfgang Graf von Faber-Castell, who is the eigth generation in the company's 251 years to run the family operation.

And although the success of a simple No. 2 pencil is enough to sustain the business, they also have a luxury line of writing instruments that includes the 200 euro (about $300) platinized Perfect Pencil, which I am told President Obama has one of, and a 3,500 euro (about $4,600) Pen of the Year, which is made of gold leaf and ancient wetland oak. 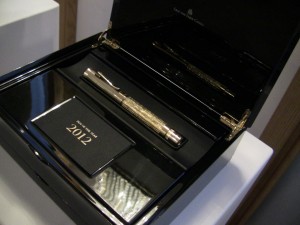 Faber-Castell's 2012 Pen of the Year is made of a combination of gold leaf and ancient wetland oak. It sales for about $4,600.

The next few days were spent in Berlin at a manufacturing conference attended by the leaders of the “Mittlestand,” a network of small to medium-sized German businesses — mostly family owned — who are excellent at the their respective hand-made crafts and are considered the backbone of Germany’s economy. (More on that later in a special report I am producing for work). 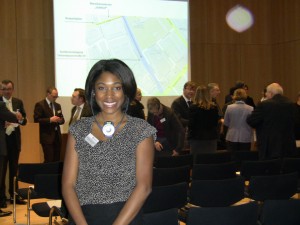 I needed a headphone translation device for the conference because I don't speak a lick of German!

Until then, enjoy the photos below from the rest of my trip, which included stops in Dresden and historic Hellarau, a quarter of the town that is home to luxury design firm, Deutsch Werksttaten. 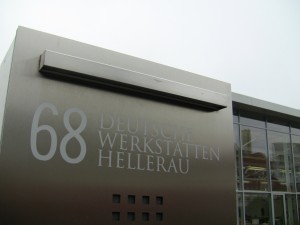 The design firm of Deutsche Werkstatten Hellerau in Dresden, Germany. 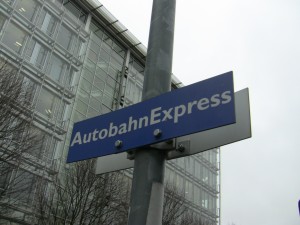 This isn't the actual Autobahn... but it'll do for me! 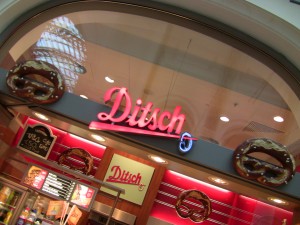 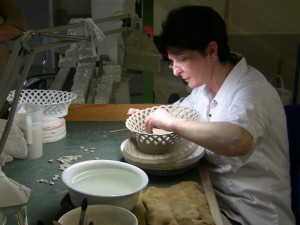 At the KPM porcelain factory, all designs and painting are hand made and without the use of stencils. 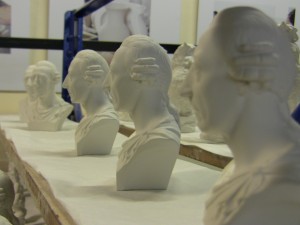 Berlin is known for its porcelain: KPM's porcelain tradition dates back 244 years. 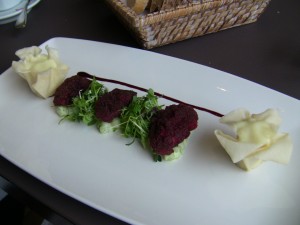 Lite Lunch: the best fried oysters and potato espume I've ever had in Dresden, Germany. 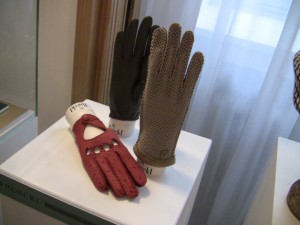 Roeckl Handmade Gloves is headed by Annette Roeckl, the first woman to lead the family-run business in its 170 year history. 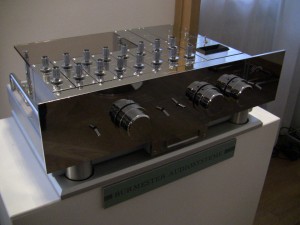 The Art of German Engineering: Burmeister stereo systems are a quintessential "Mittlestand" brand. 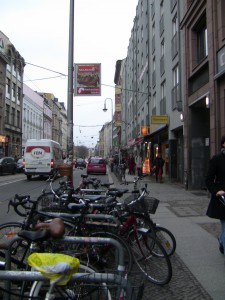 Eastbound & Down: East Berlin has a youthful vibe with lots of shopping and great sandwich shops. 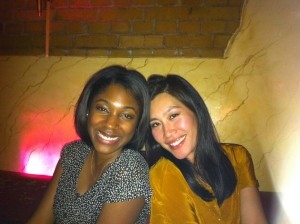 Hanging out with my new friend Pam at a nightclub in East Berlin. They played Whitney Houston's "Wanna Dance with Somebody" and everybody hit the dance floor! 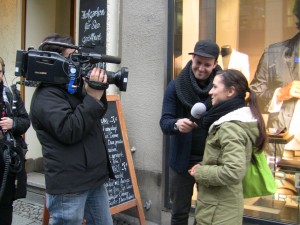 Man on the Street: I bumped into what looked like the German version of MTV while out on a stroll in East Berlin. 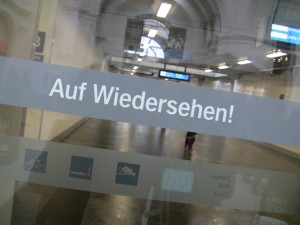 Good bye! The End! Thanks for reading my blog!

I hope you enjoyed hearing about my European escapades! 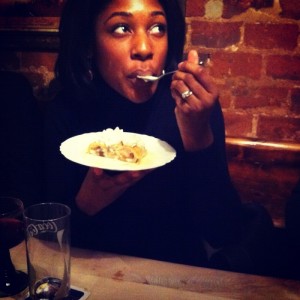